If you’re a fan of dulce de leche, you’ll love manjar blanco. And if you love manjar blanco then this recipe is totally for you. Layers of syrup-soaked cake and Peruvian “manjar blanco” makes this “encanelado” a complete downfall for the sweetest teeth. It’s a typical Peruvian desert and perfect to kick off this month dedicated to Peru’s cuisine.

The “encanelado” translates indirectly to something that has cinnamon. It’s one of those that when you eat a teaspoon you’re like “WOW! That’s sweet” but then immediately you take another teaspoon because you just can’t stop eating it hahaha. Has it ever happened to you? 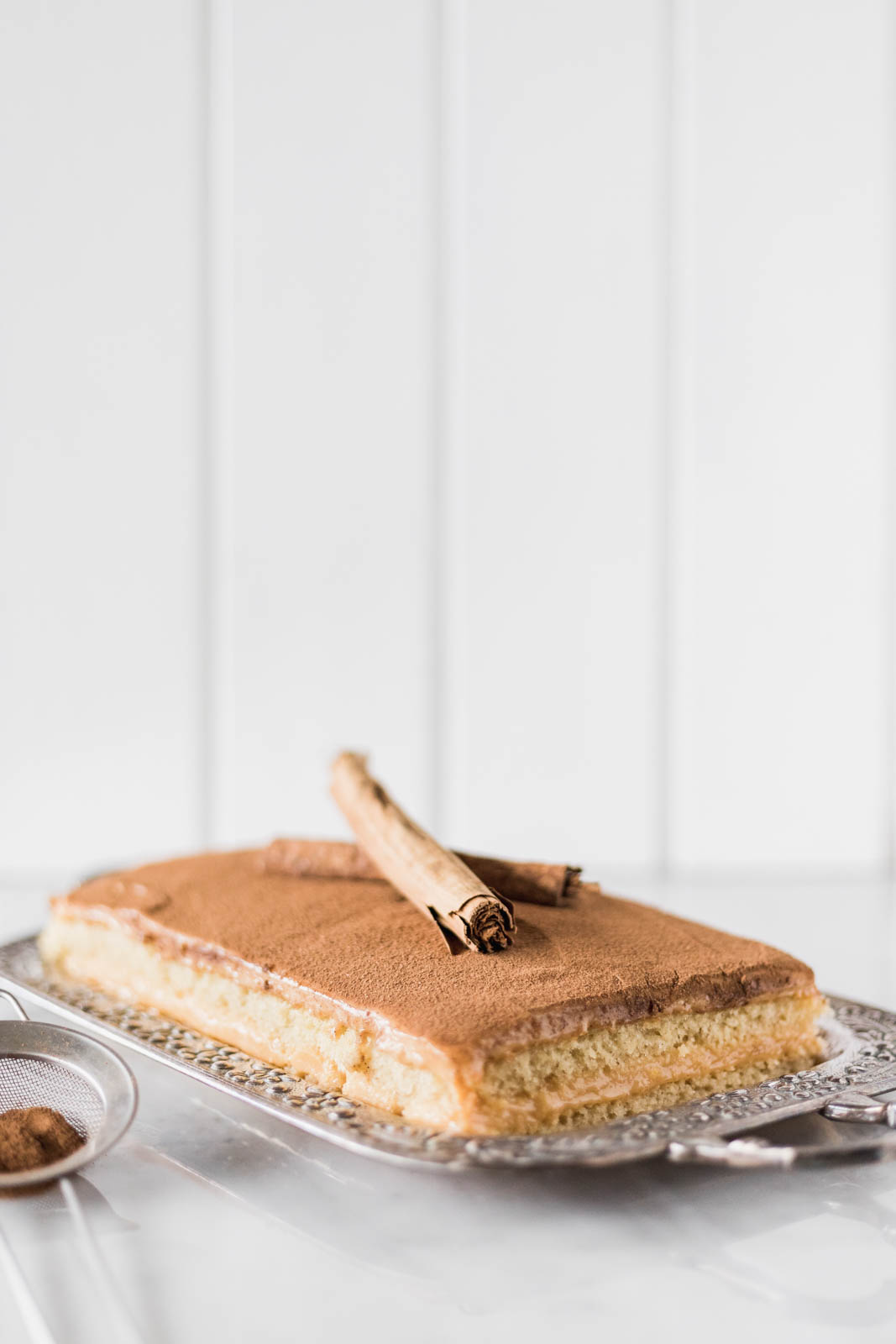 You might have noticed that I really like cinnamon. To be honest until last year I had never met anyone who didn’t like cinnamon and out of nowhere I met like 4 people who hated it! I honestly couldn’t believe it! 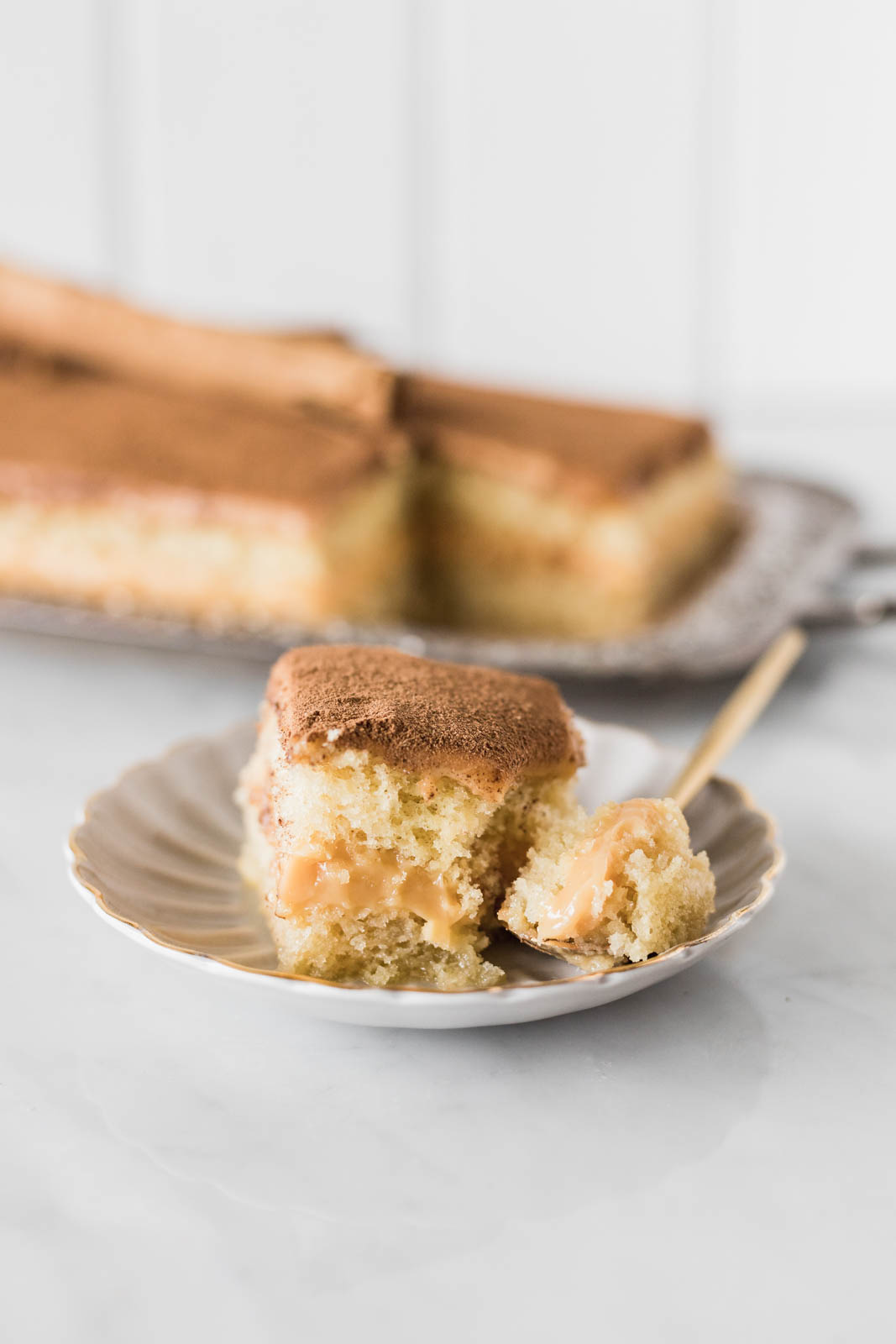 The most important thing to consider when making this recipe is to be careful not to knock out the air that we added to the eggs while folding in the dry ingredients. It’s that air that makes the cake nice and fluffy.

Advises that seem crazy but are true: 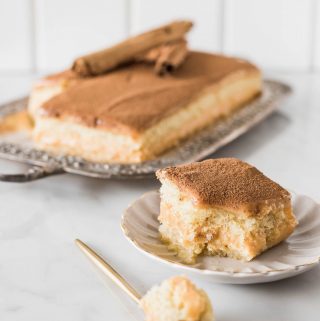 For the manjar blanco

For the manjar blanco

** If you don't have a serrated knife it's best to divide the recipe in two and make one recipe first and then the other and then you don't need to cut it. Make half the recipe first and bake it and then do the second half and bake it. Don't do a whole recipe and bake half first because the half that stays out of the oven will start to loose air.
Tried this recipe?Mention @CravingsJournal or tag #RecipeCJ! 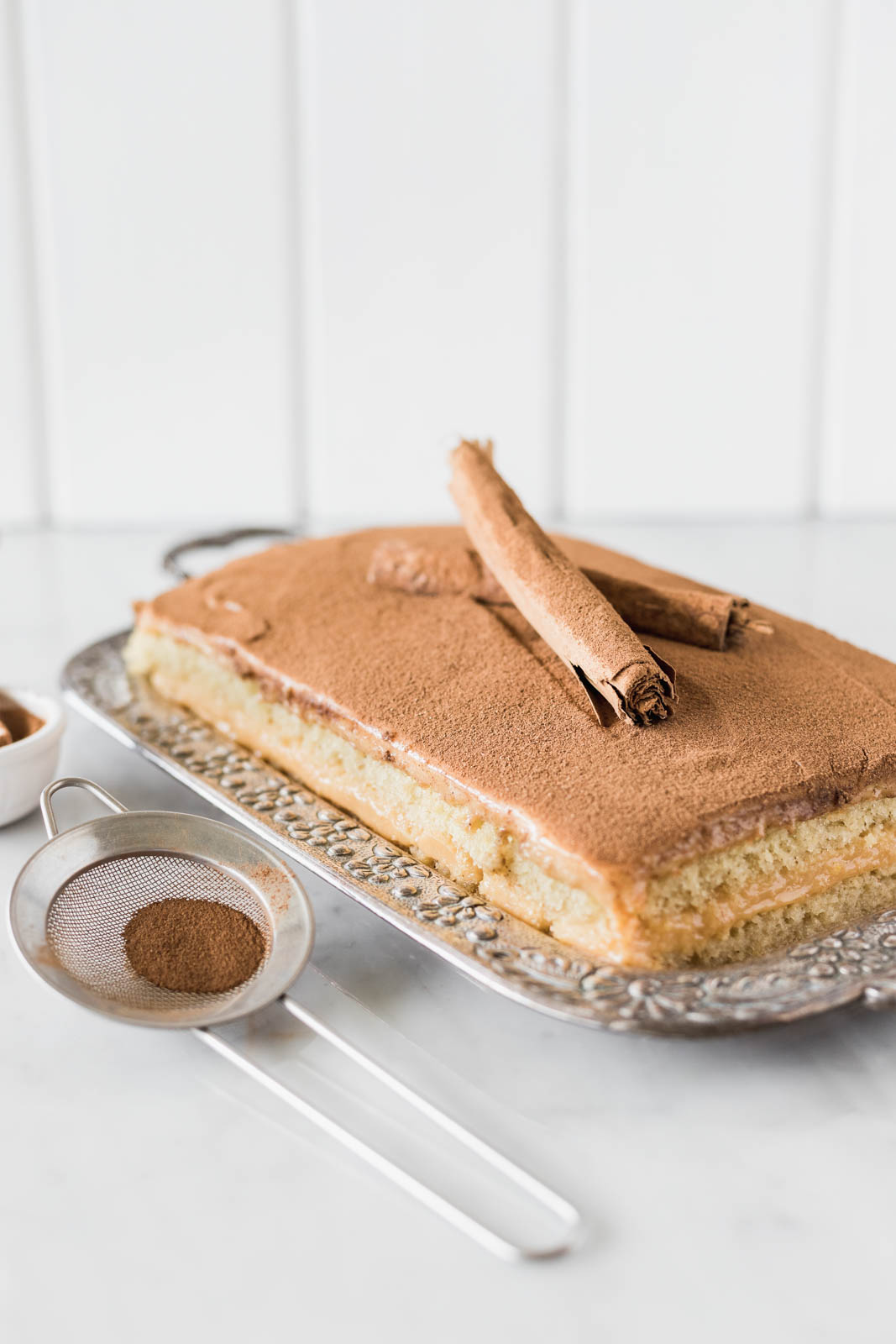 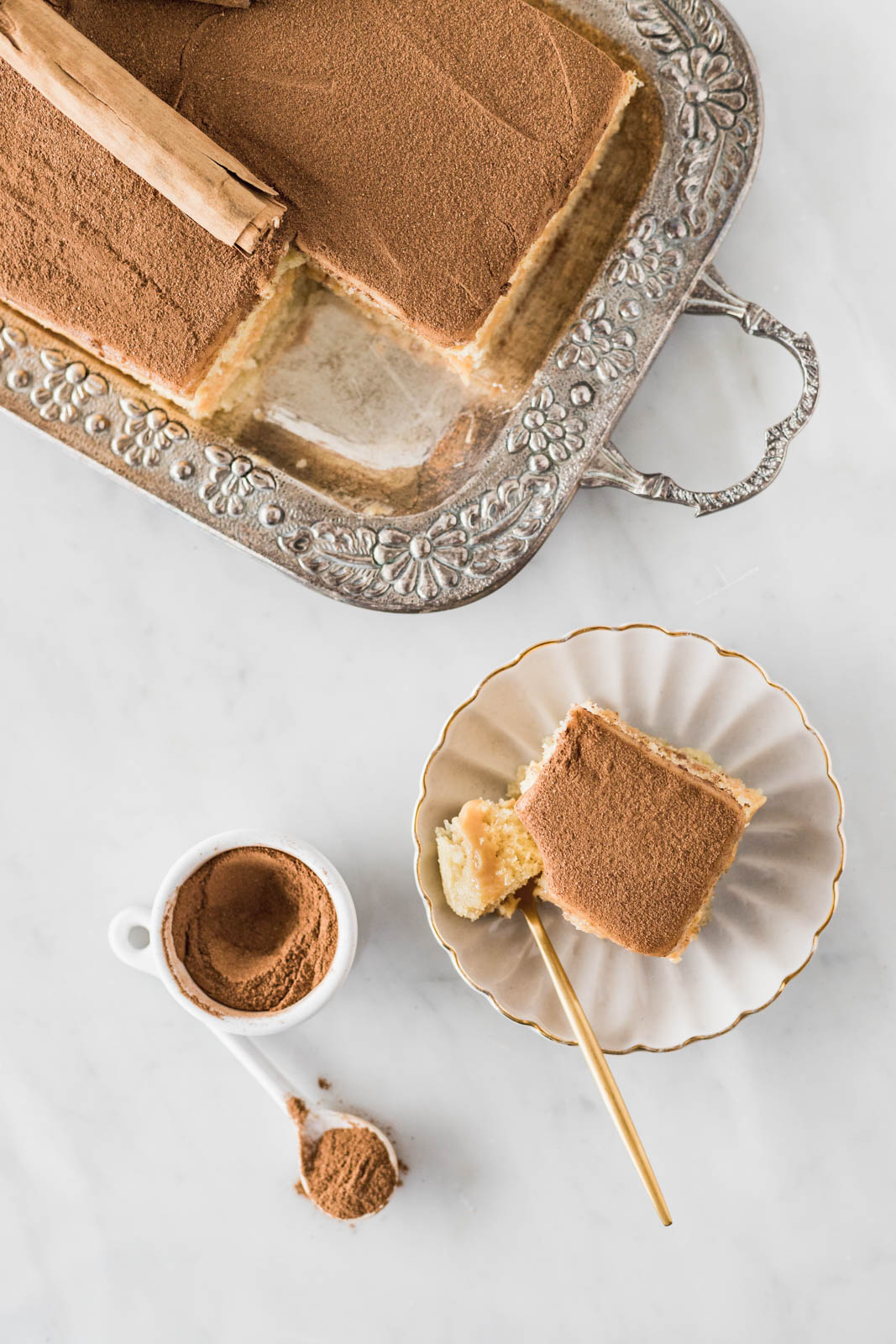 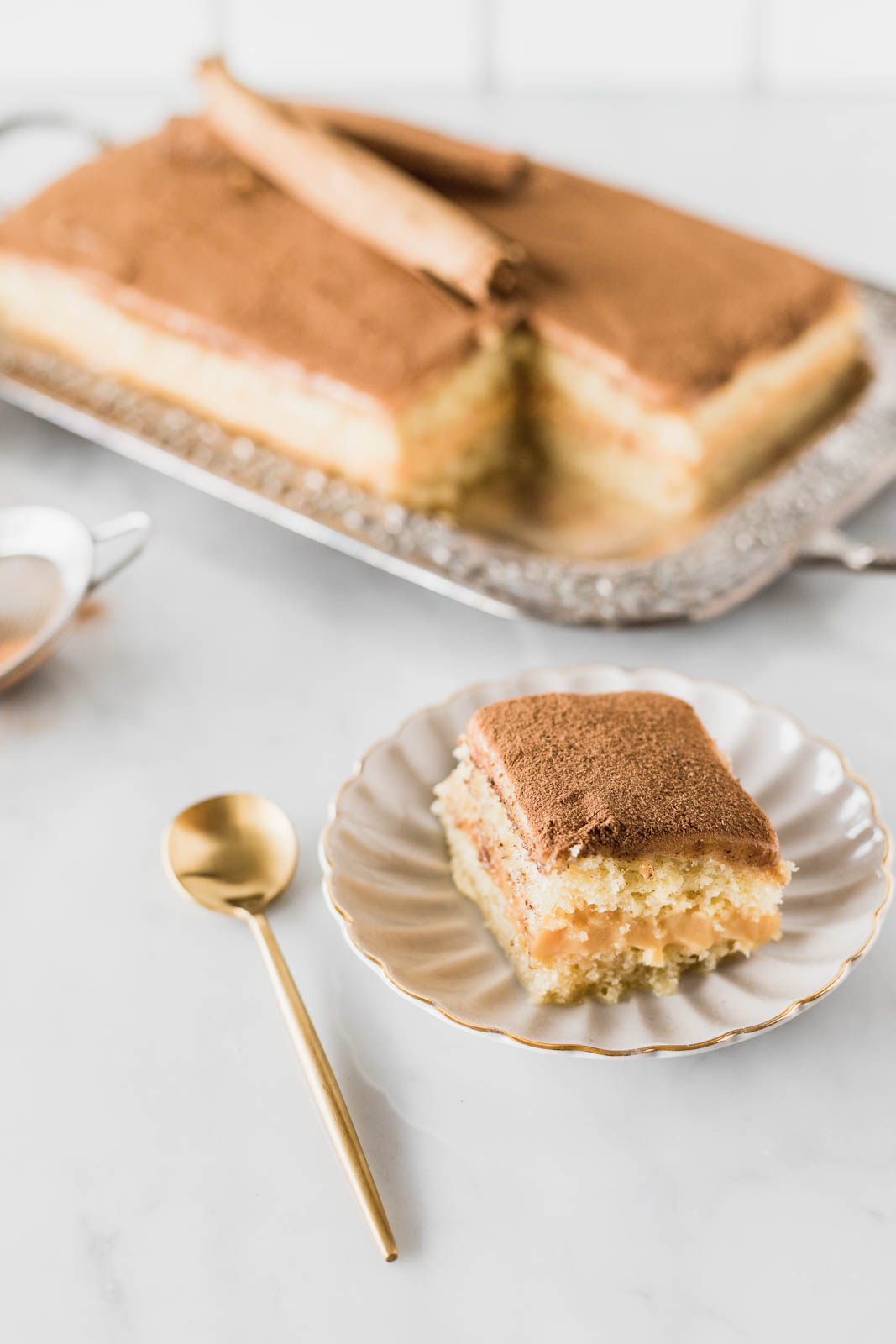 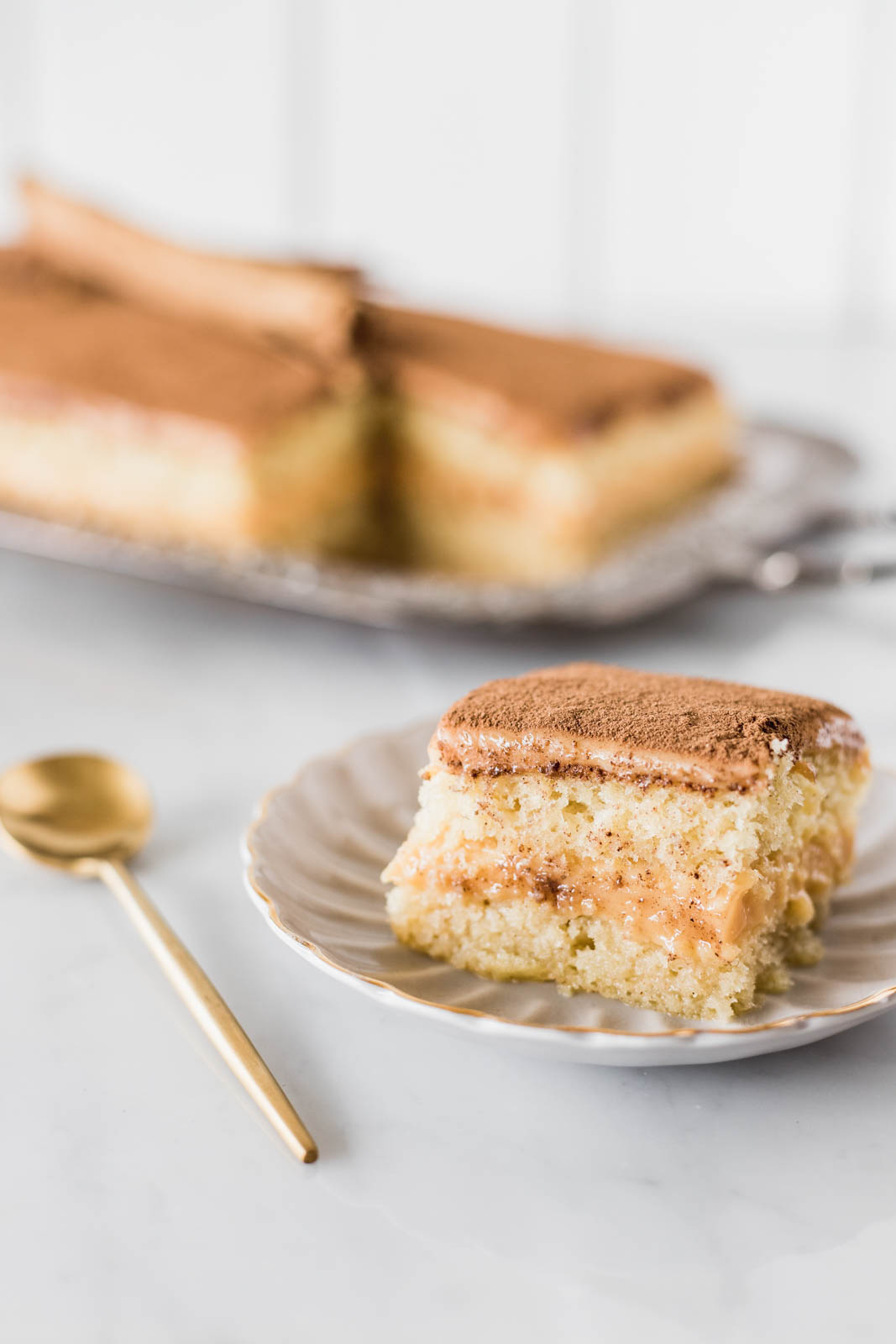