When I was at school I remember having chocolate pudding that a friend kept in a locked drawer. It was too good and I wanted to eat a whole bowl of it. I wanted this recipe to achieve that level of deliciousness and I have to say I surpassed it.

So this recipe is dedicated to that friend that always made me plea for some chocolate pudding from her drawer haha. Love you to the moon and back!

It really makes no sense to buy pudding in a box. Making it at home is as easy to do with the only difference that you have to measure the ingredients yourself instead of having them all in a bag. 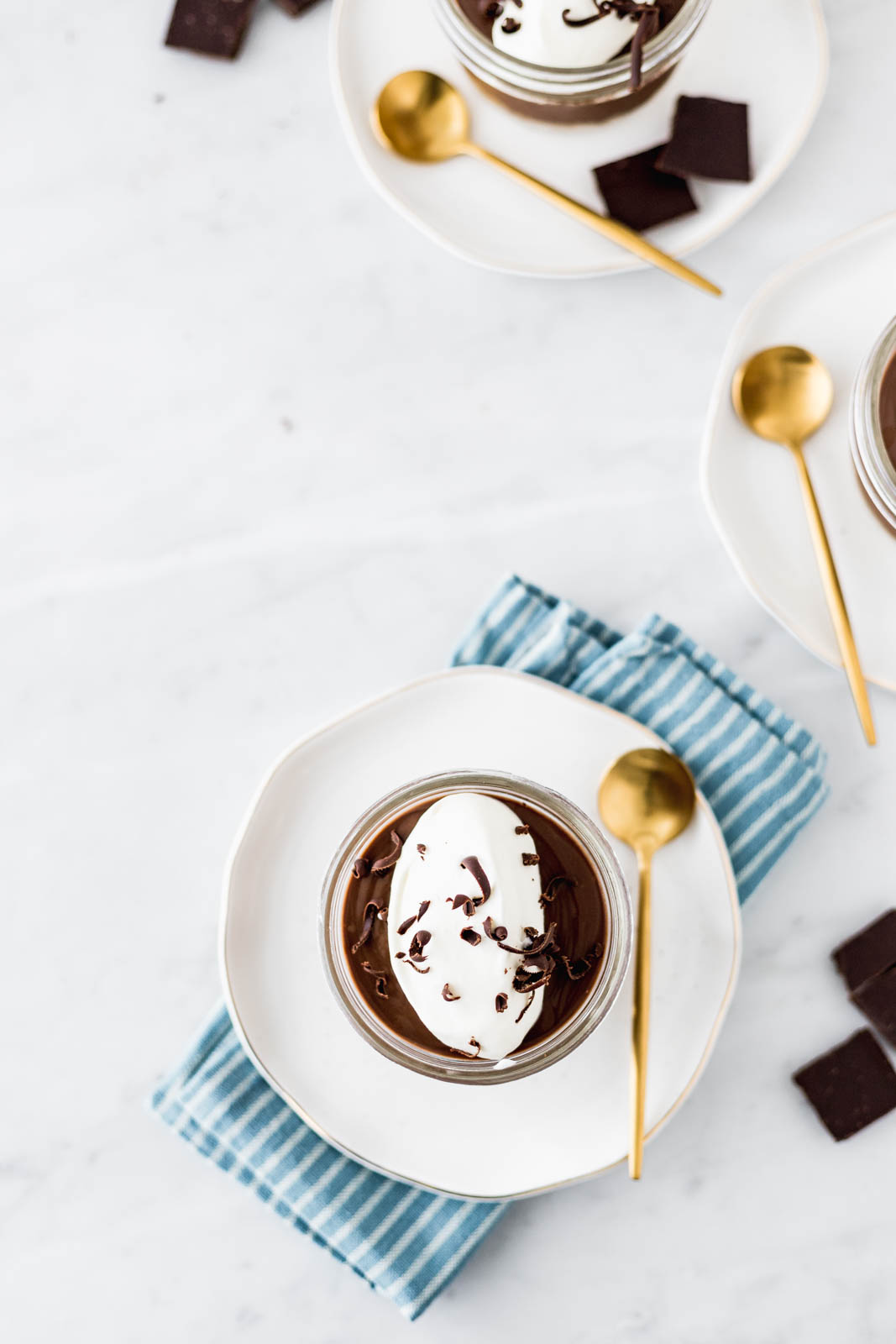 Besides being as easy to prepare as the one from a box, this chocolate pudding is a thousand times tastier. You can make it with a cookie base and whipped cream like I did (for a full-version dessert) or just make the pudding on its own.

The texture is spectacular and because it’s thickened with cornflour it’s gluten-free. Also if you want to make it dairy-free you can use vegetable milk instead of animal. 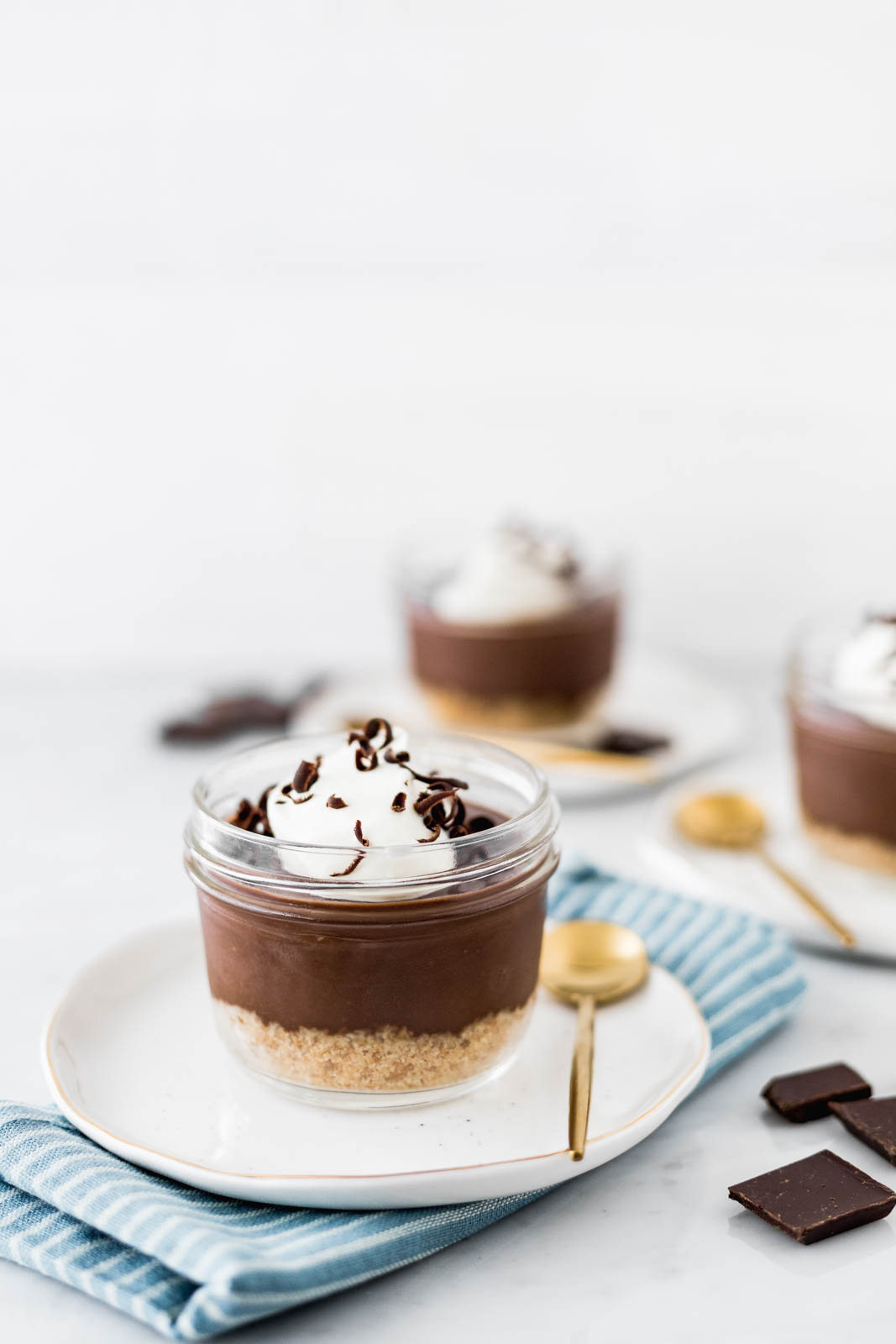 I whipped the cream that sits on top by hand to teach you how to make it if you don’t have an electric mixer at hand but of course you can achieve the same result using one. 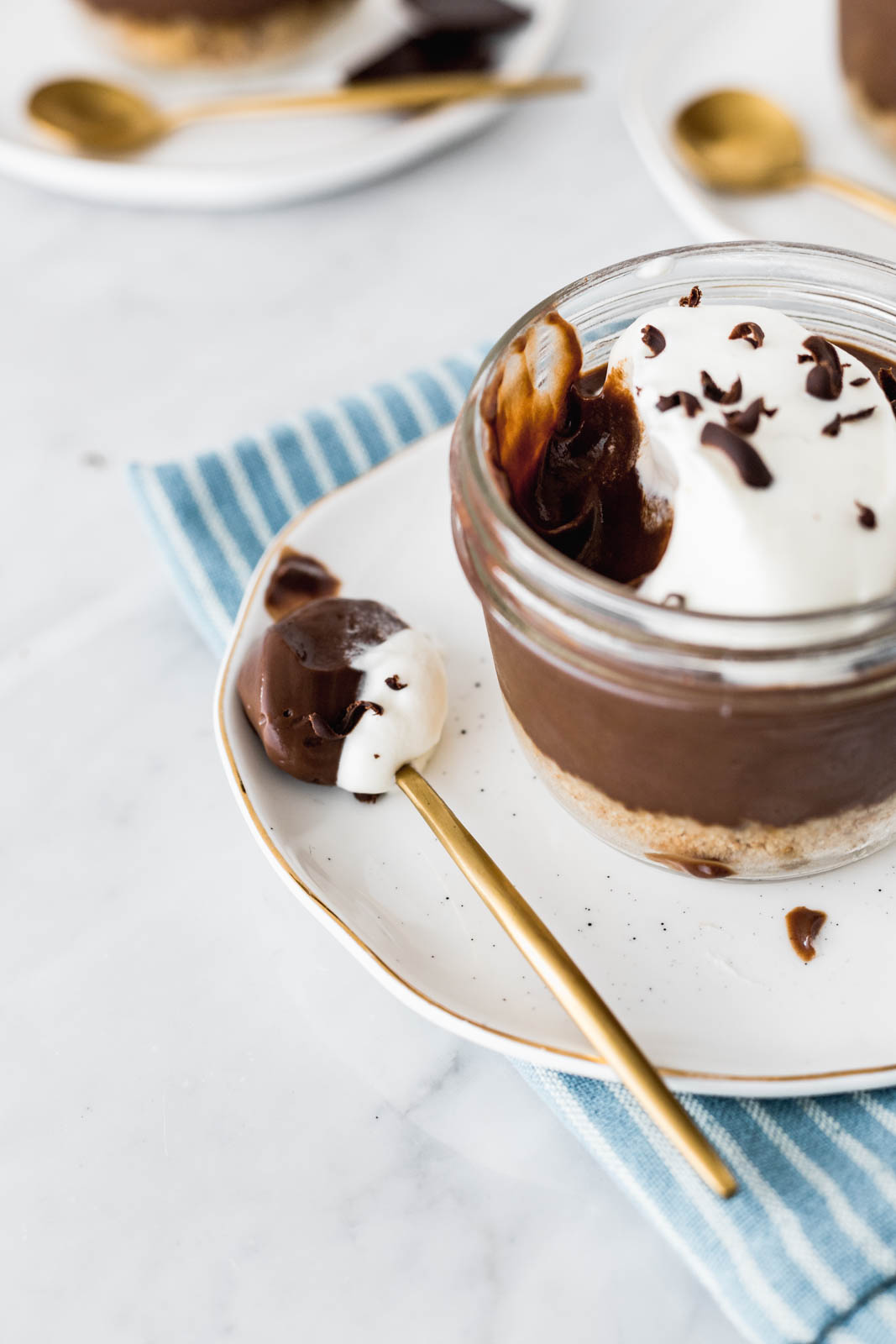 The cookie base as well as the pudding you can have ready beforehand but do try to whip the cream right before serving so that it doesn’t loose its texture in the fridge. 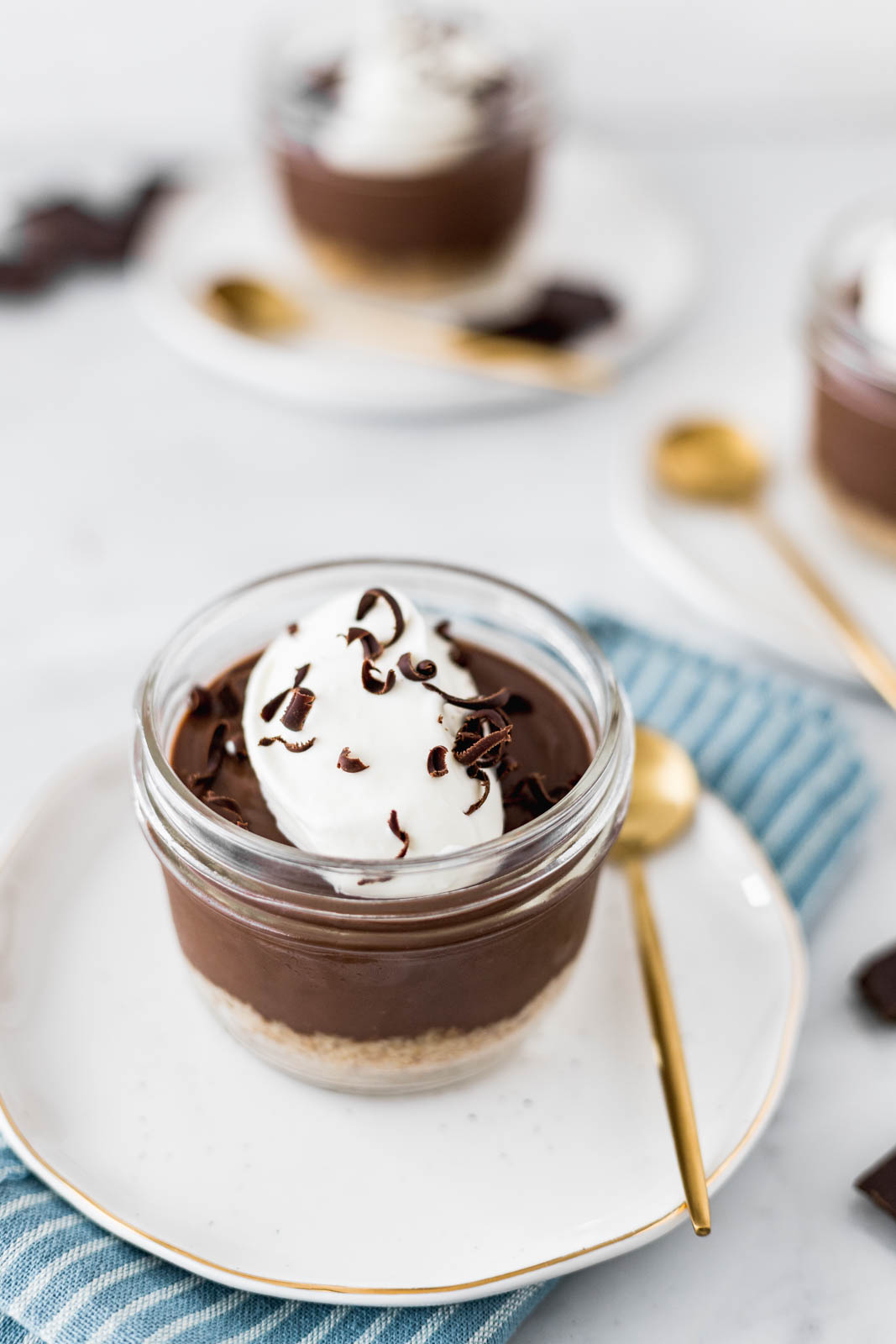 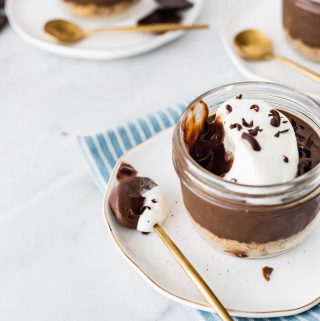 For the chocolate pudding

For the whipped cream (hopefully prepare right before serving) 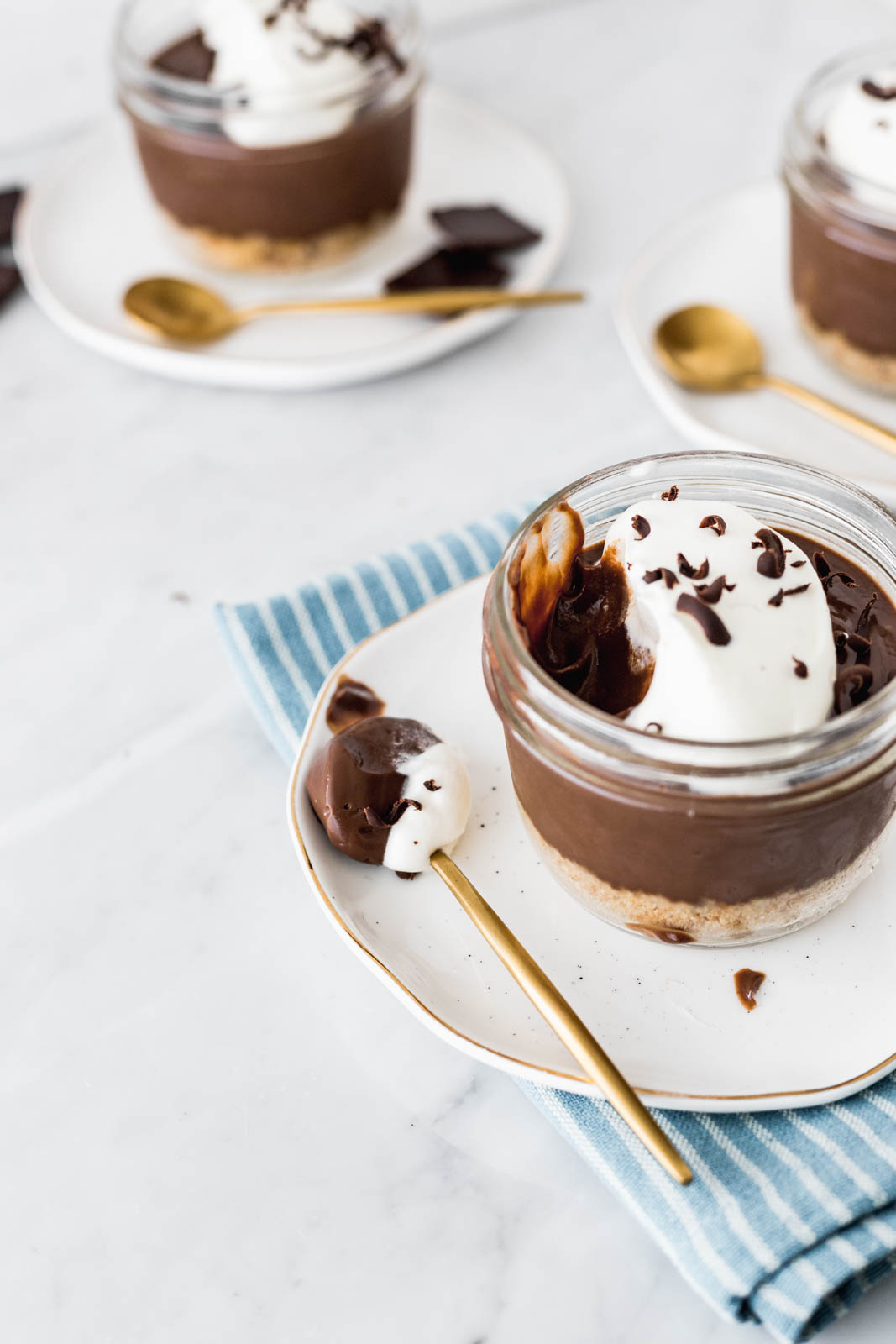 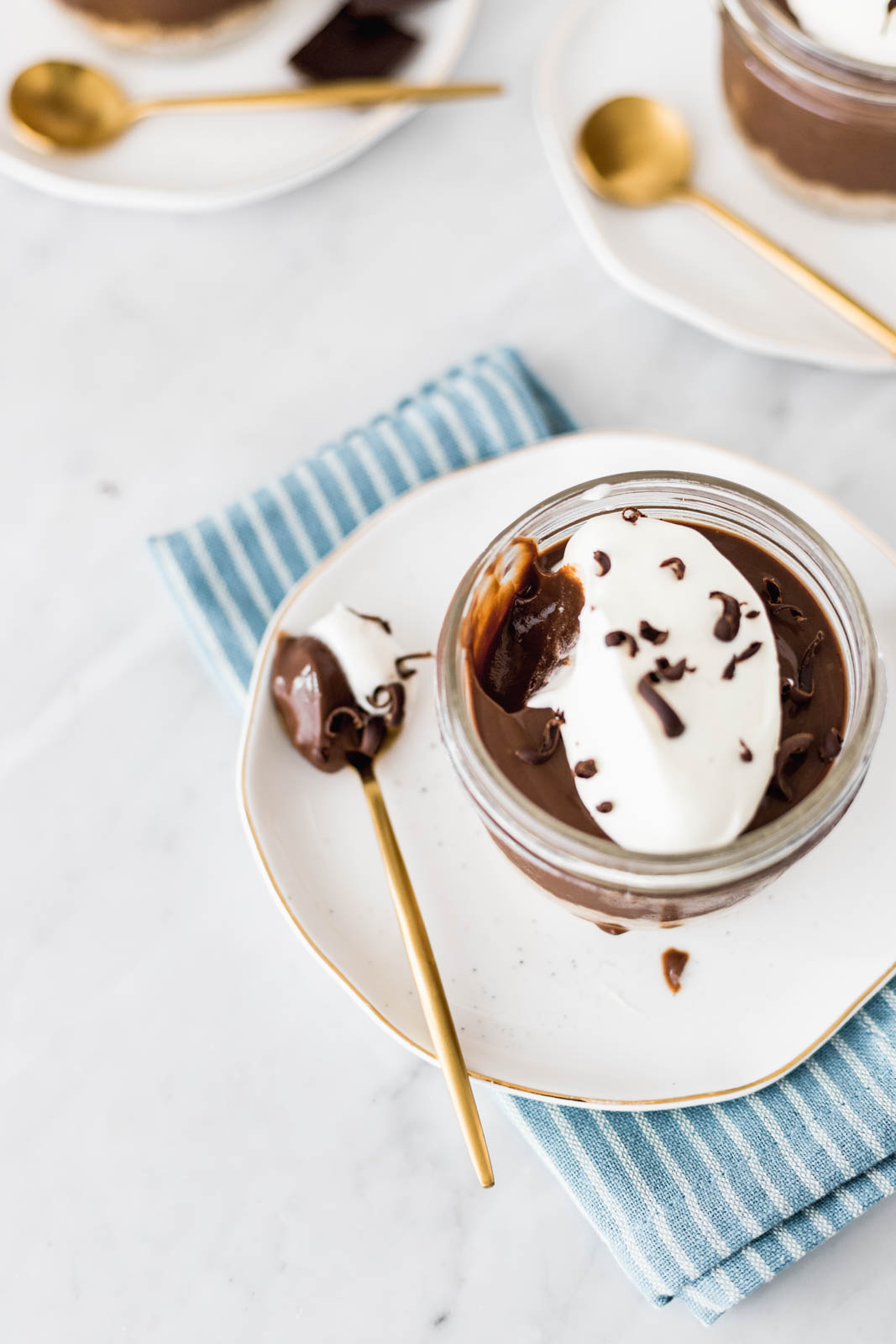 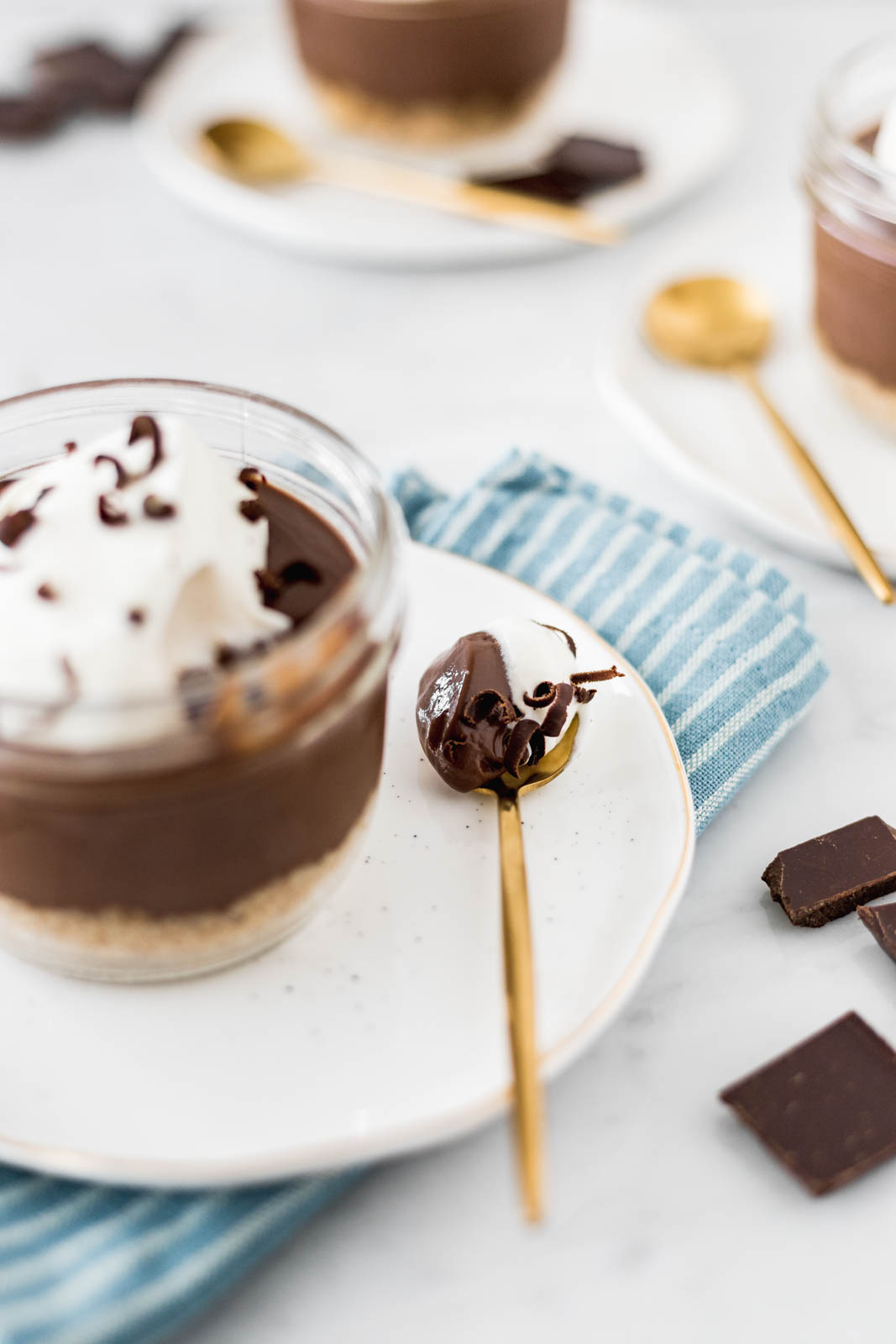 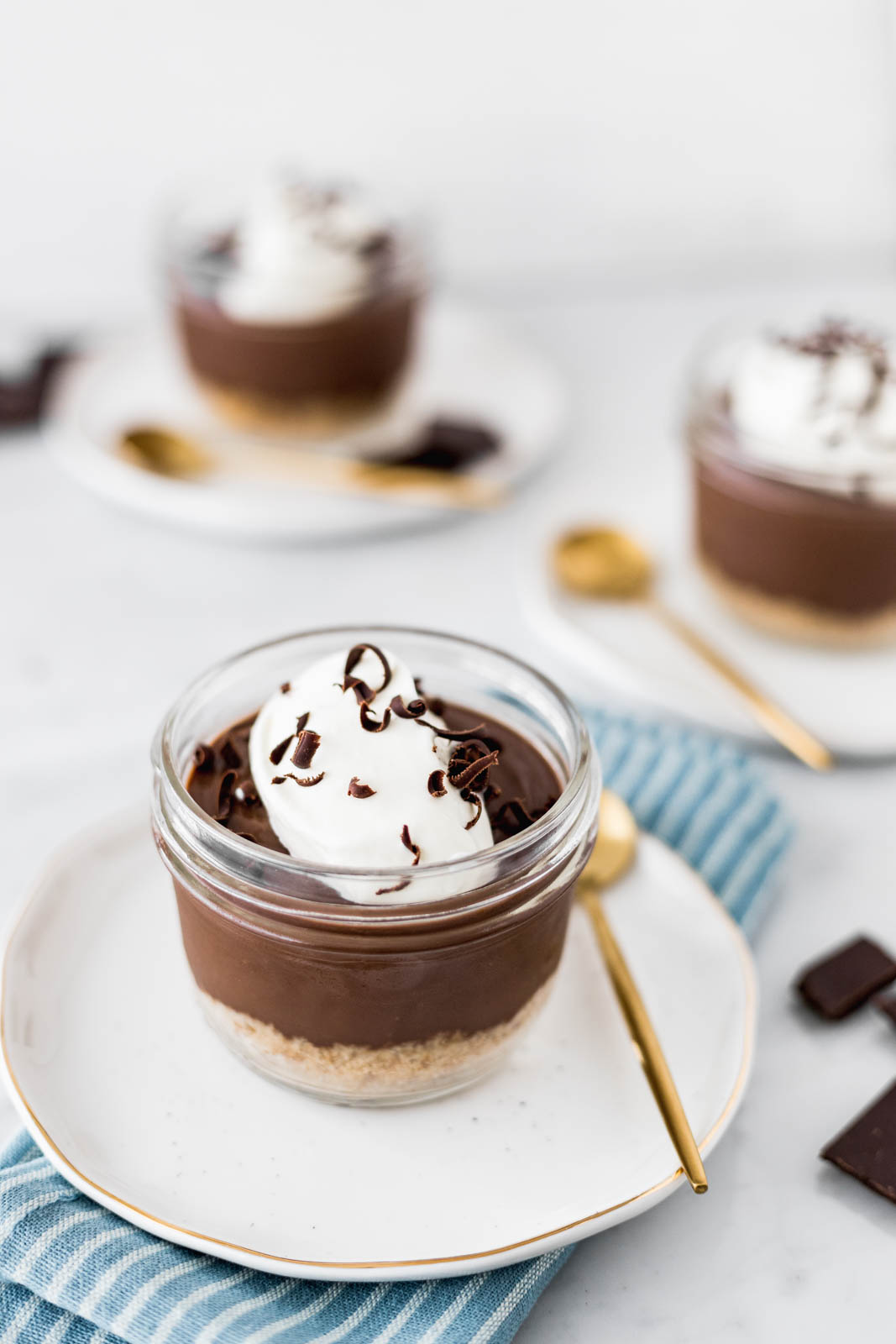