You can’t go wrong with a nice tart. We have to make the most of summer berries while they last because they’re extra yummy :). This gluten-free tart has a crust made of oat flour and traditional oats that’s really good and goes great with this filling. I also think is would be spectacular with an apple filling as well.

I’ve wanted to do a gluten-free dessert for a while now and a couple days ago a girl on Instagram asked me to make a gluten-free pie crust and so I thought “that’s it! Let’s do it”. It has nothing to envy from the wheat flour version but you can also use that one if you prefer. 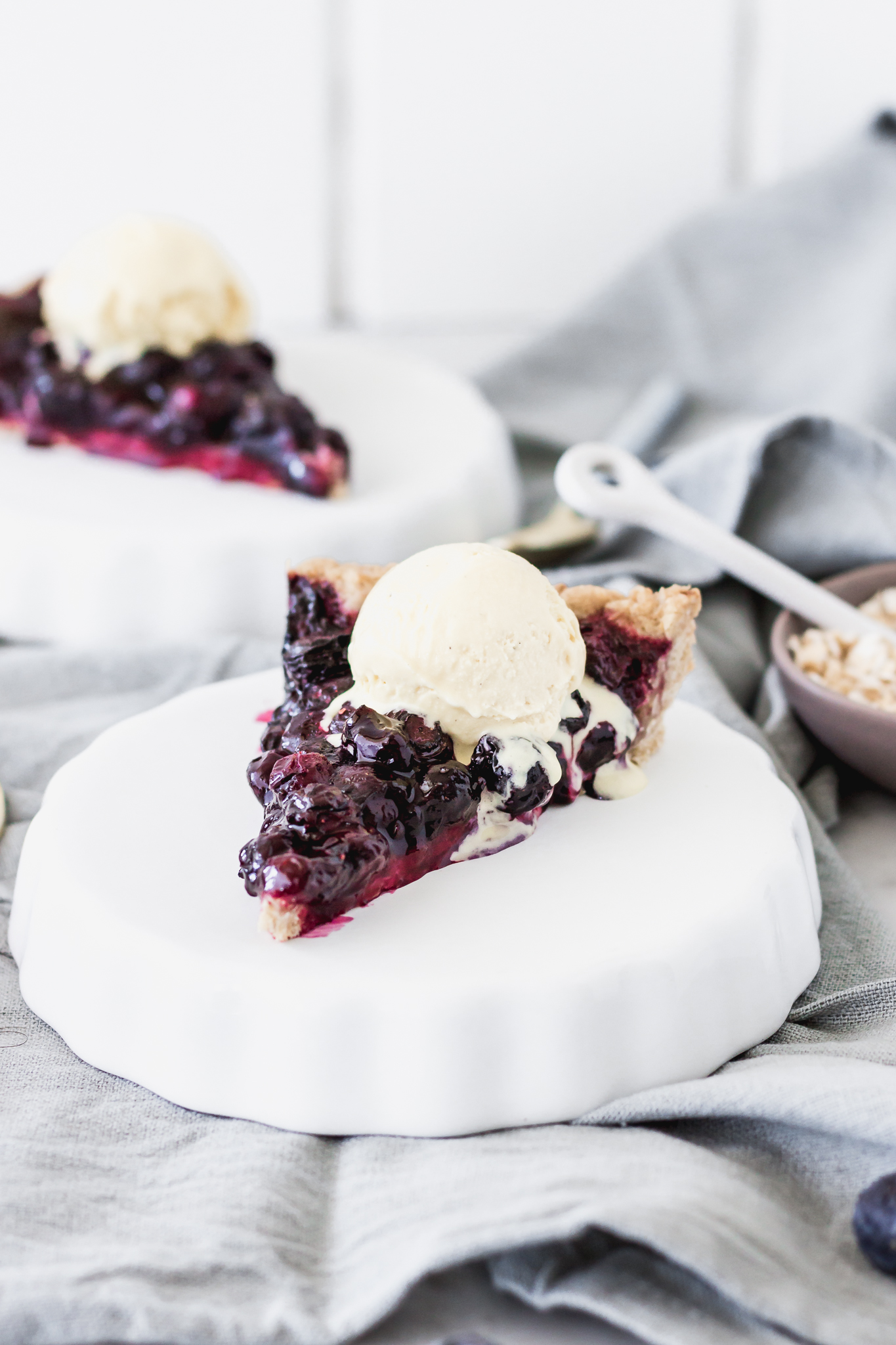 Another thing you can do with this recipe is cookies. They work really good and you can add nuts, raisins or other dried fruits that you like. 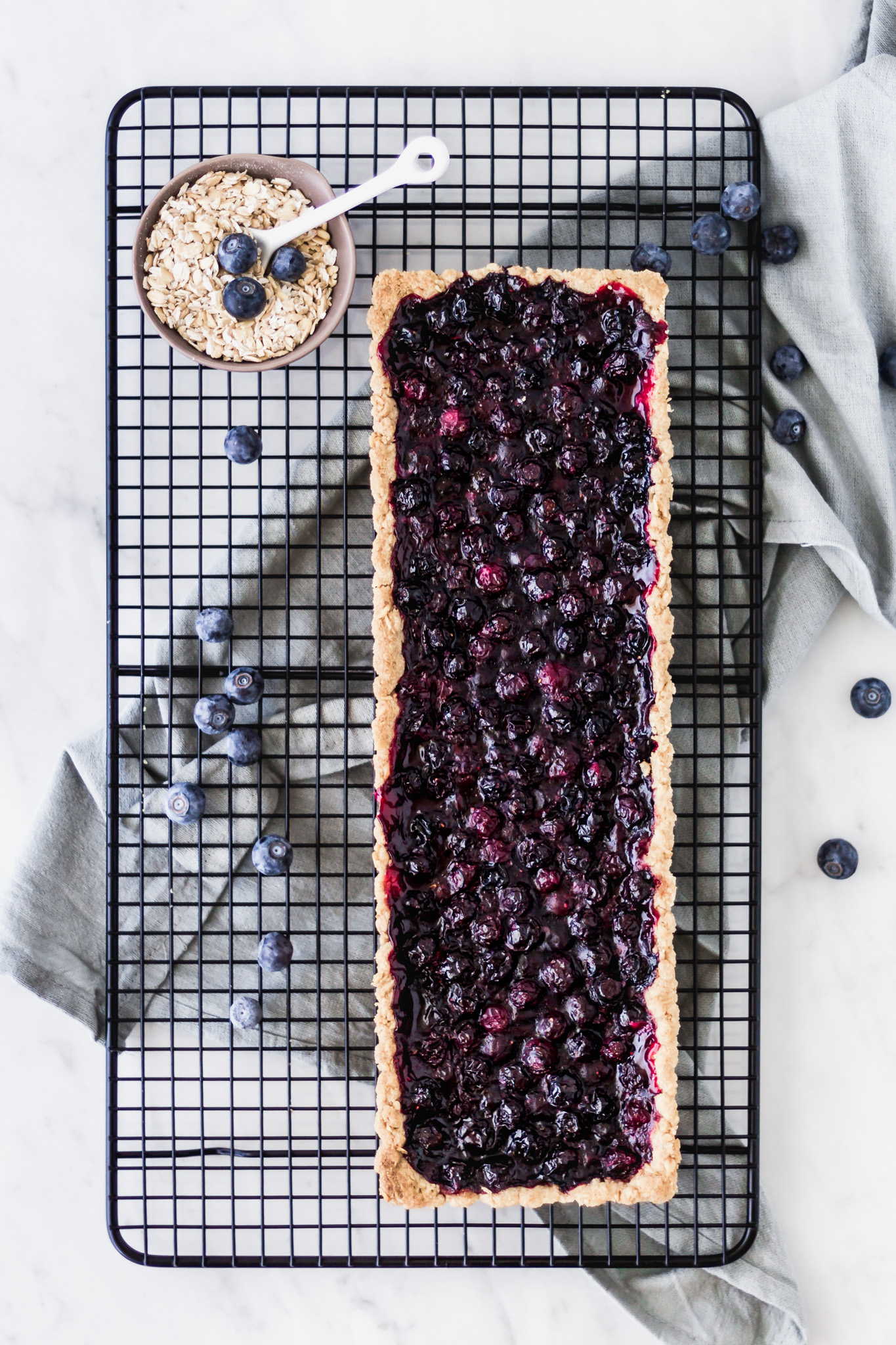 I used a rectangular tart mould but of course you don’t have to use the same one. To make a round mould of 24cm of diameter all you have to do is double the recipe and that’s it. 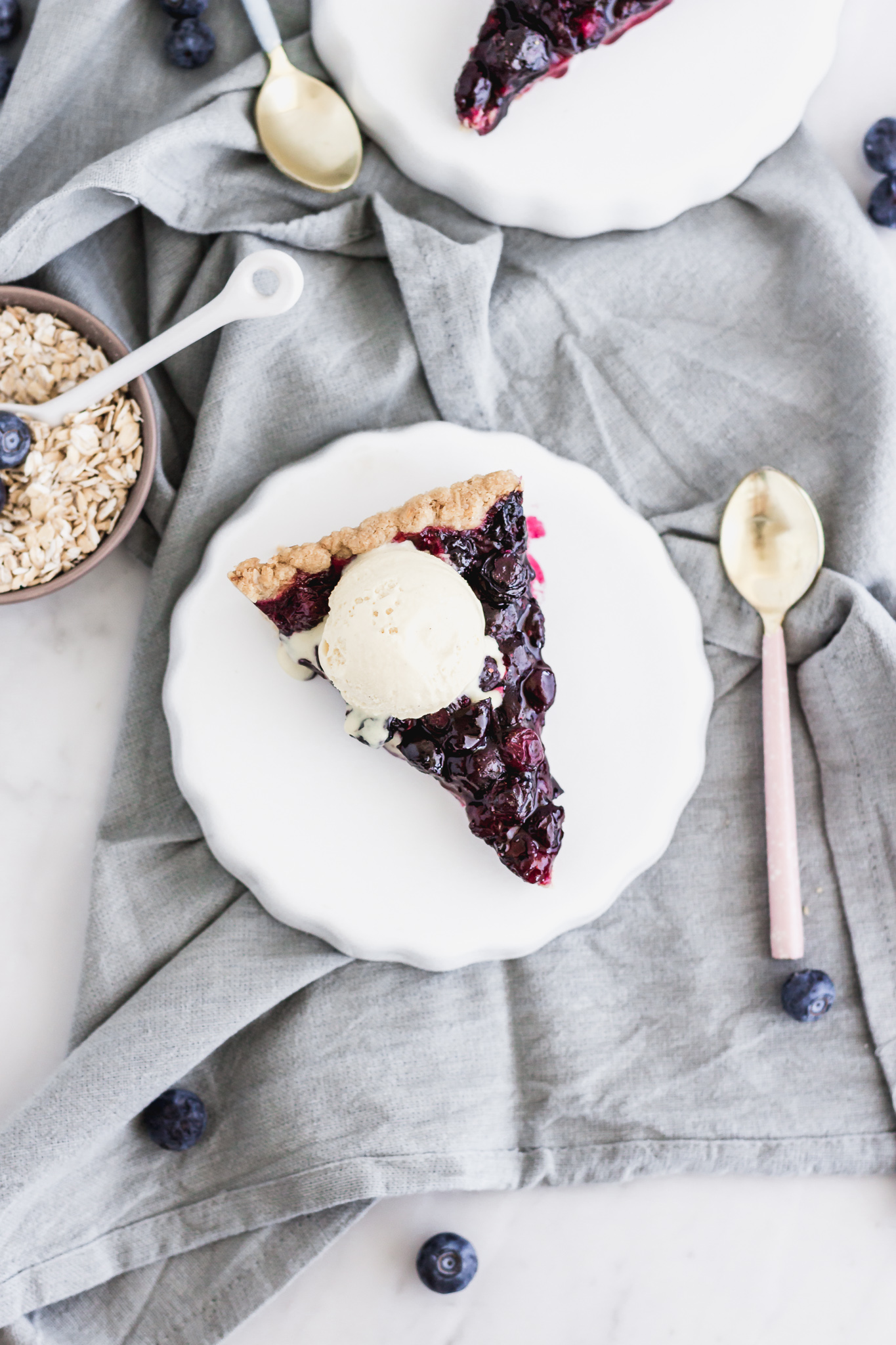 If you prefer you can do this tart with a raspberry filling or even a mix of raspberries and blueberries that goes really nice. If you make it of only raspberries remove the lime juice from the ingredients and if you do half and half then remove half the lime juice. This is because raspberries are much more tangy than blueberries. 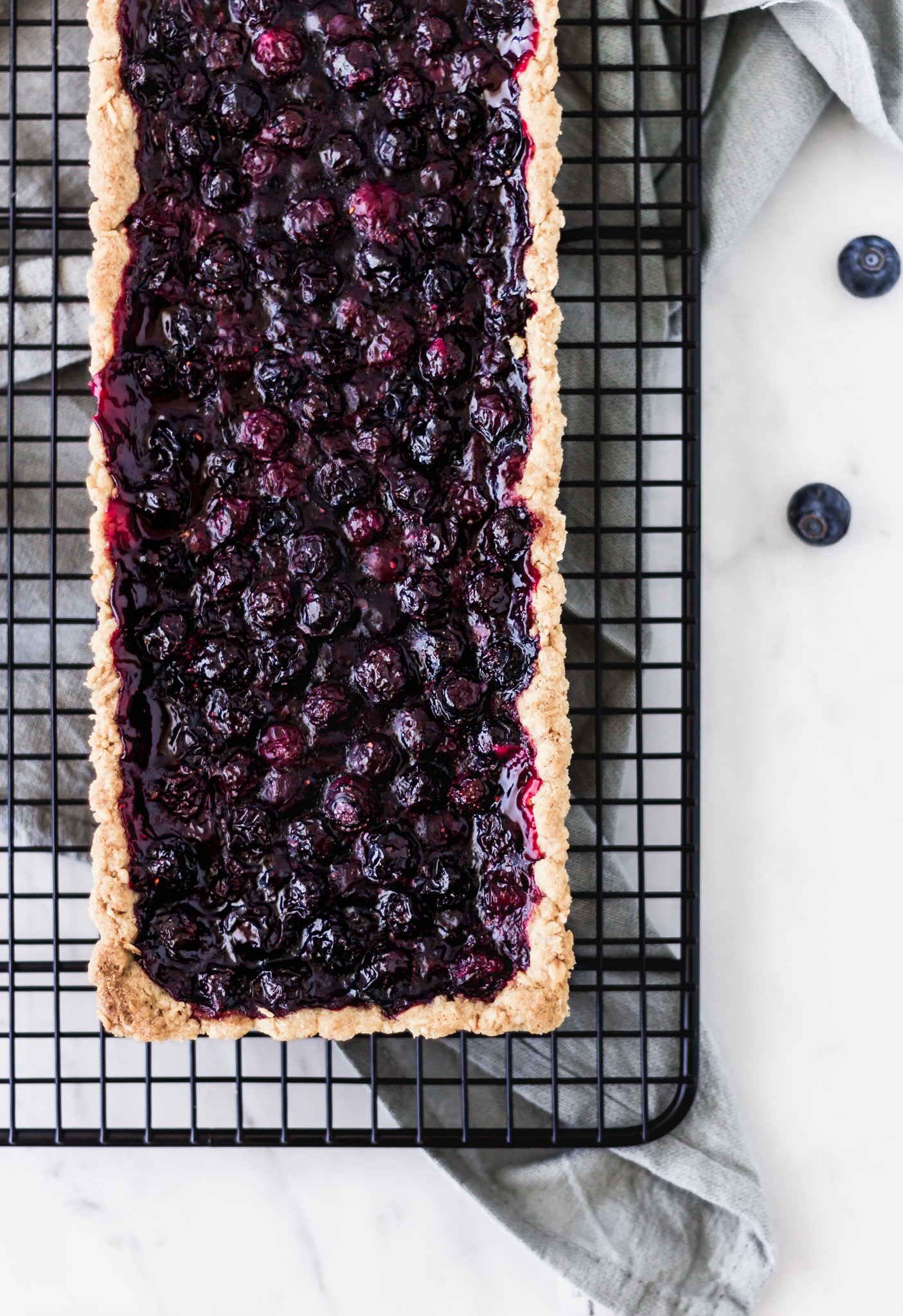 Another thing that you can vary in this recipe is to make 1.5 times the recipe for the dough and add the extra on top like a crumble. I do advise though that you don’t cover the blueberries completely with the dough. 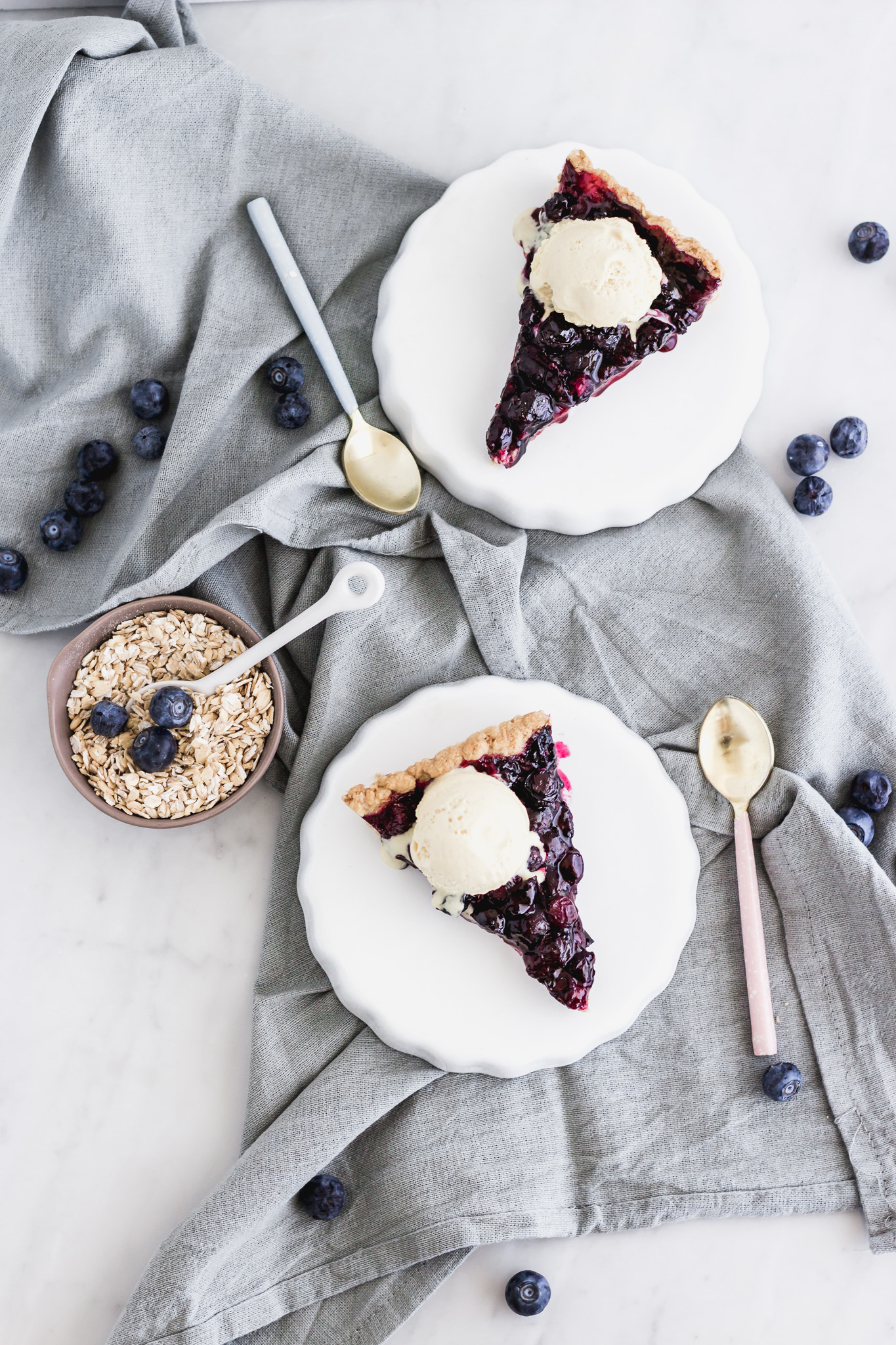 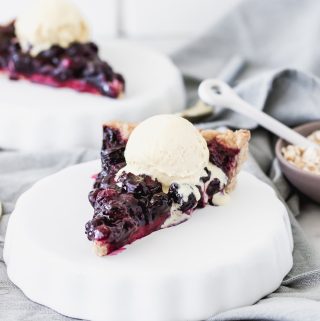 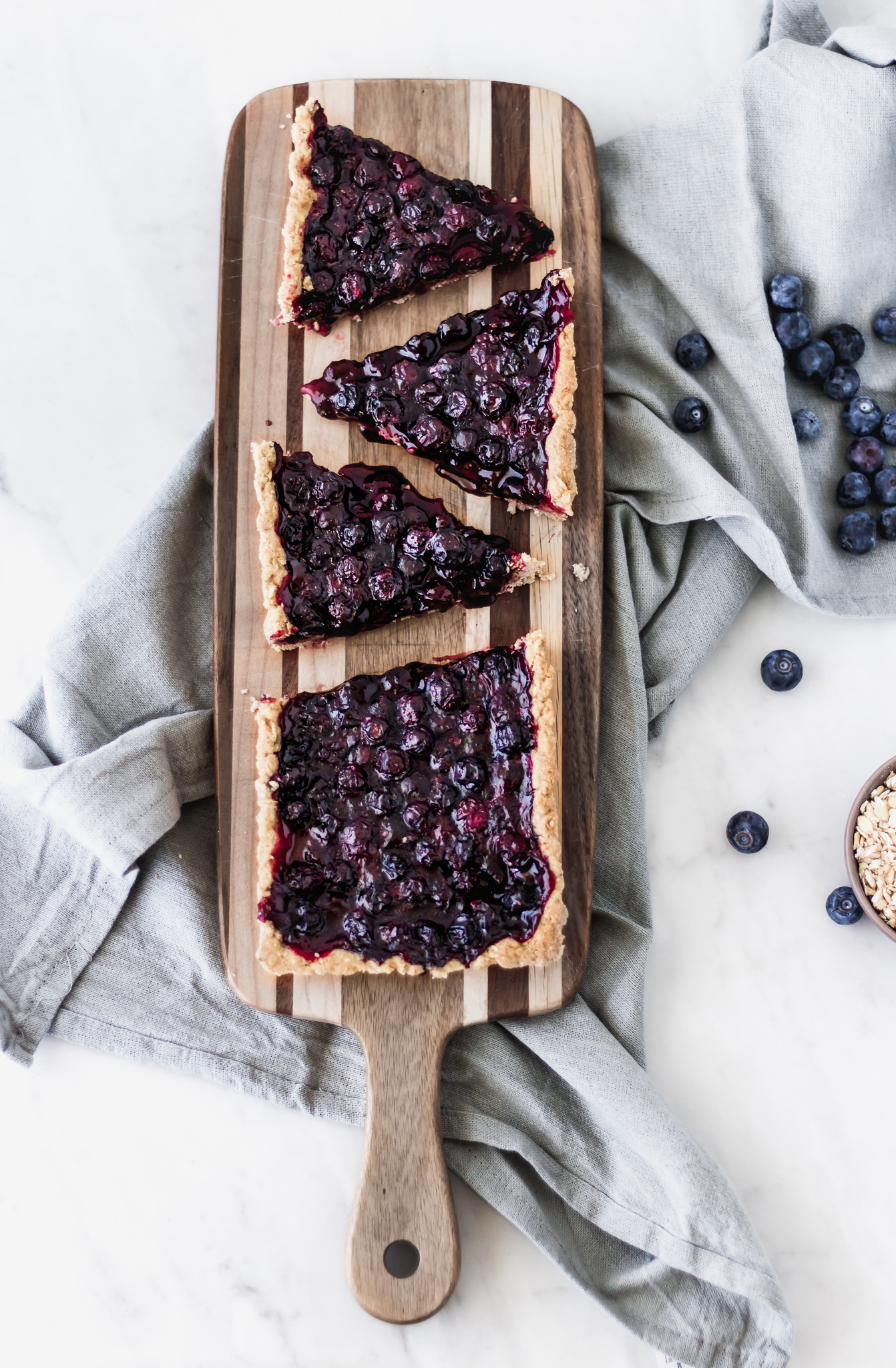 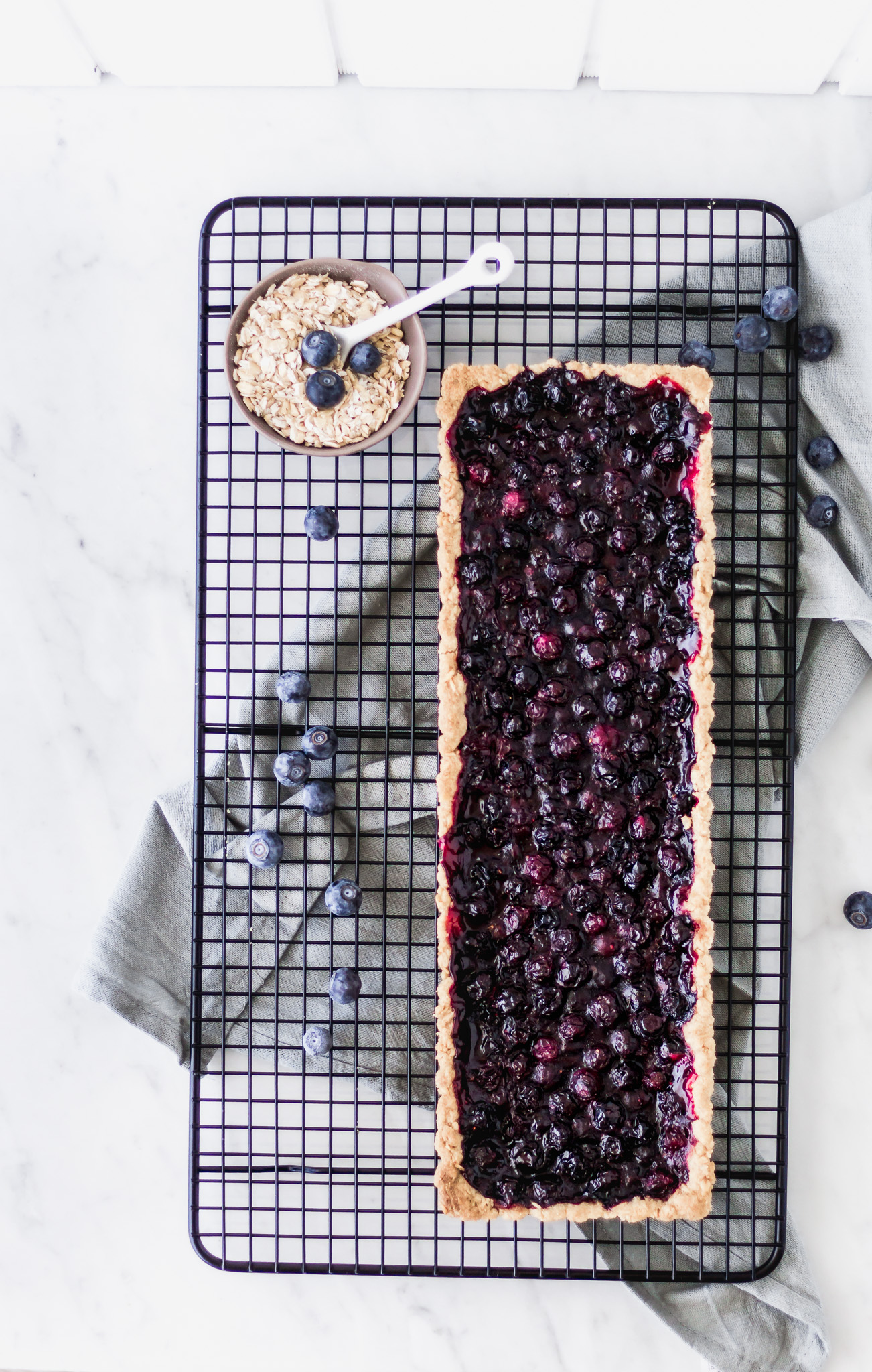 What to watch on Netflix if you love to cook