I’ve done it. I’ve found the perfect blondie recipe. I swear they’re too good to be true. And I mean TOO good… I can’t stop eating them! They’re work great if you want to change the toppings or add chocolate or peanut butter chips. I swear you need to try them! Obviously I couldn’t choose just one topping flavour and so I had to marble cream cheese and Nutella… so perfect for cheat day and so so worth it.

After I made these and tried one I called my boyfriend, Javier to come taste one. He was as obsessed as me and had two in a row. They’re just way too good. 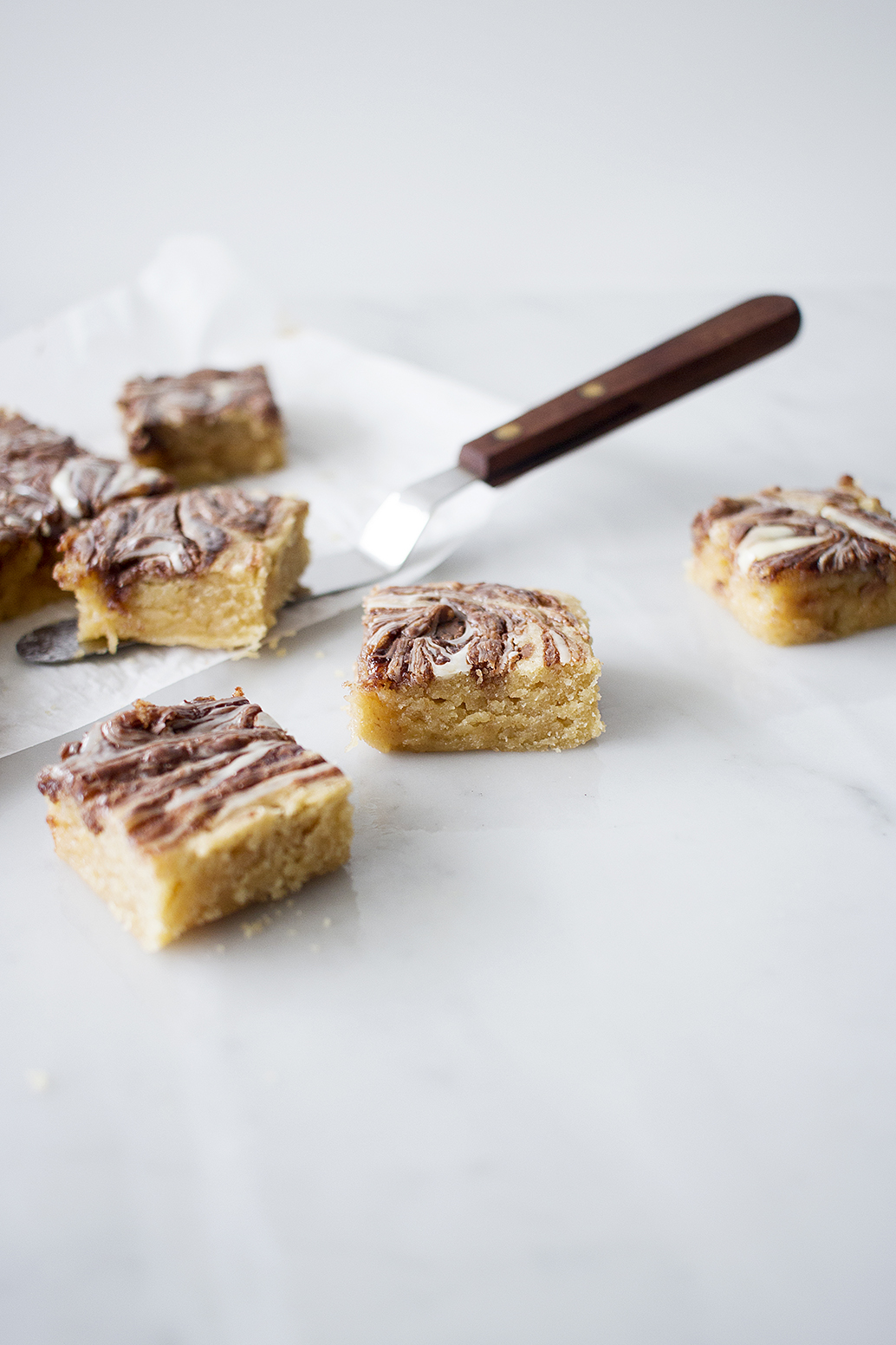 When I was coming up with this recipe I tried really hard to decide if I should top them with cream cheese or chocolate and I wasn’t able to decide because… duh, you can use both! 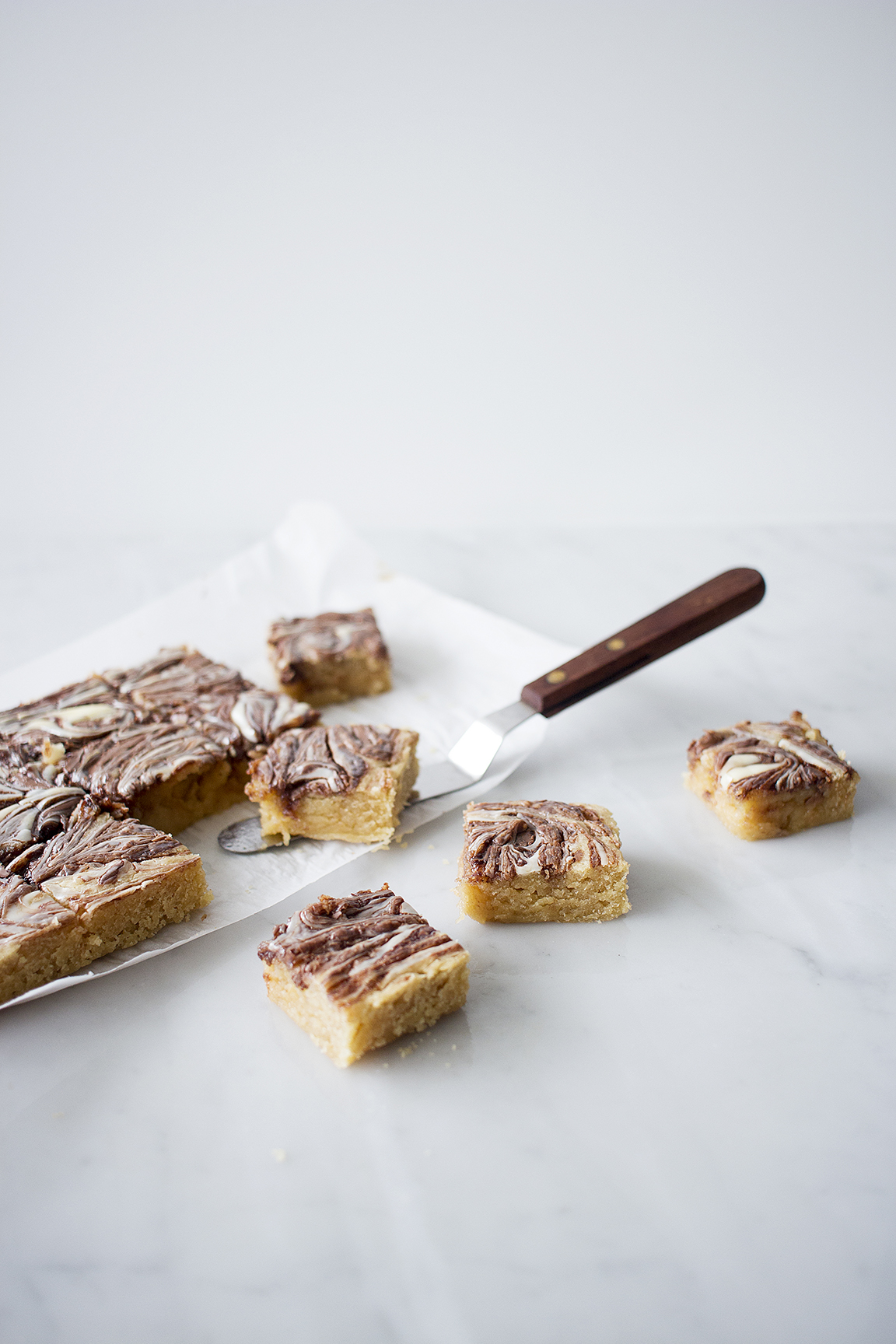 But it’s not just the topping, it’s also the base. It’s super fudgy and chewy and it’s the perfect start to any blondie. You can add whatever you want to them and they will turn out great. 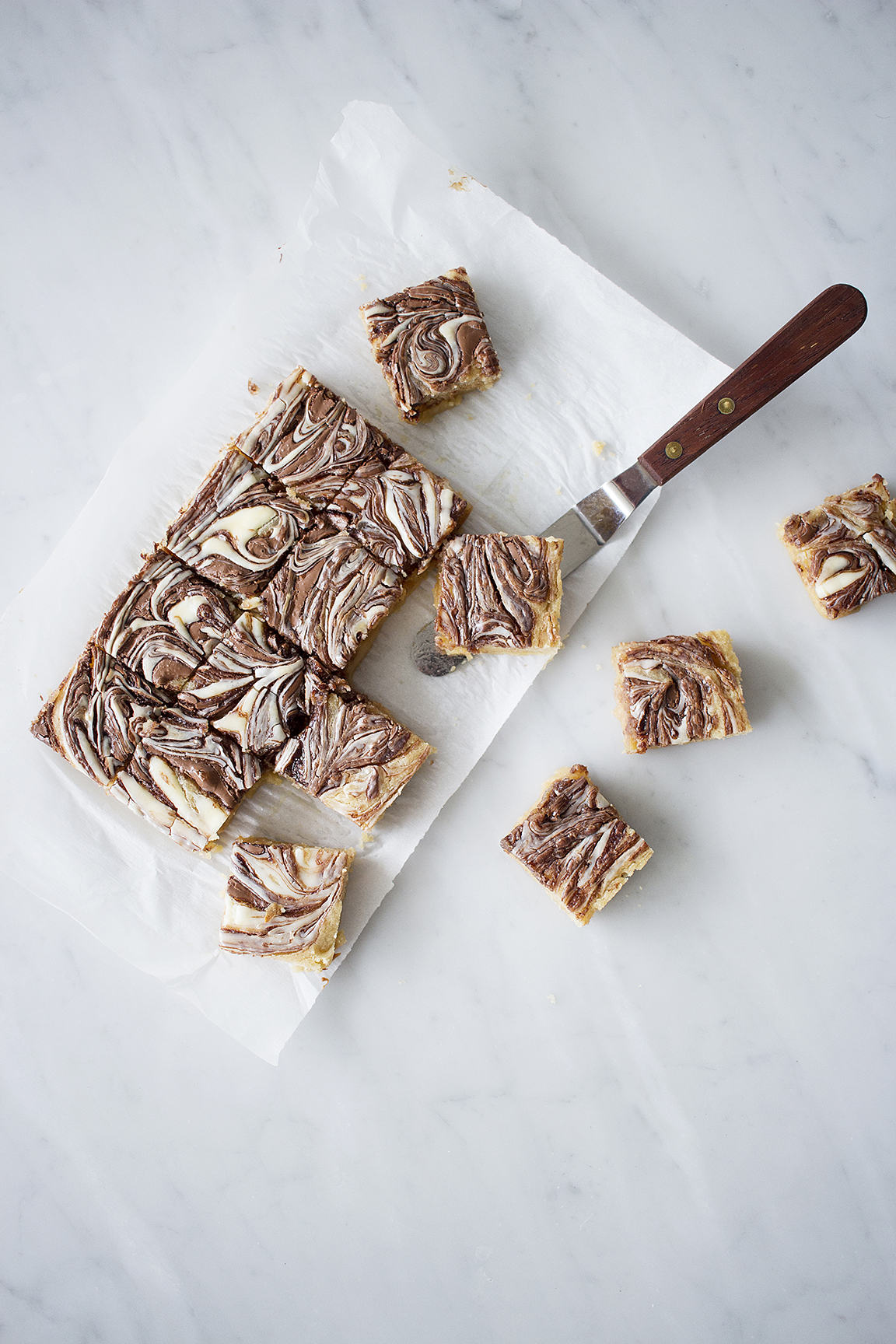 I’ve done a cream cheese marbling before with red velvet brownies and they were amazing, another favourite of mine. 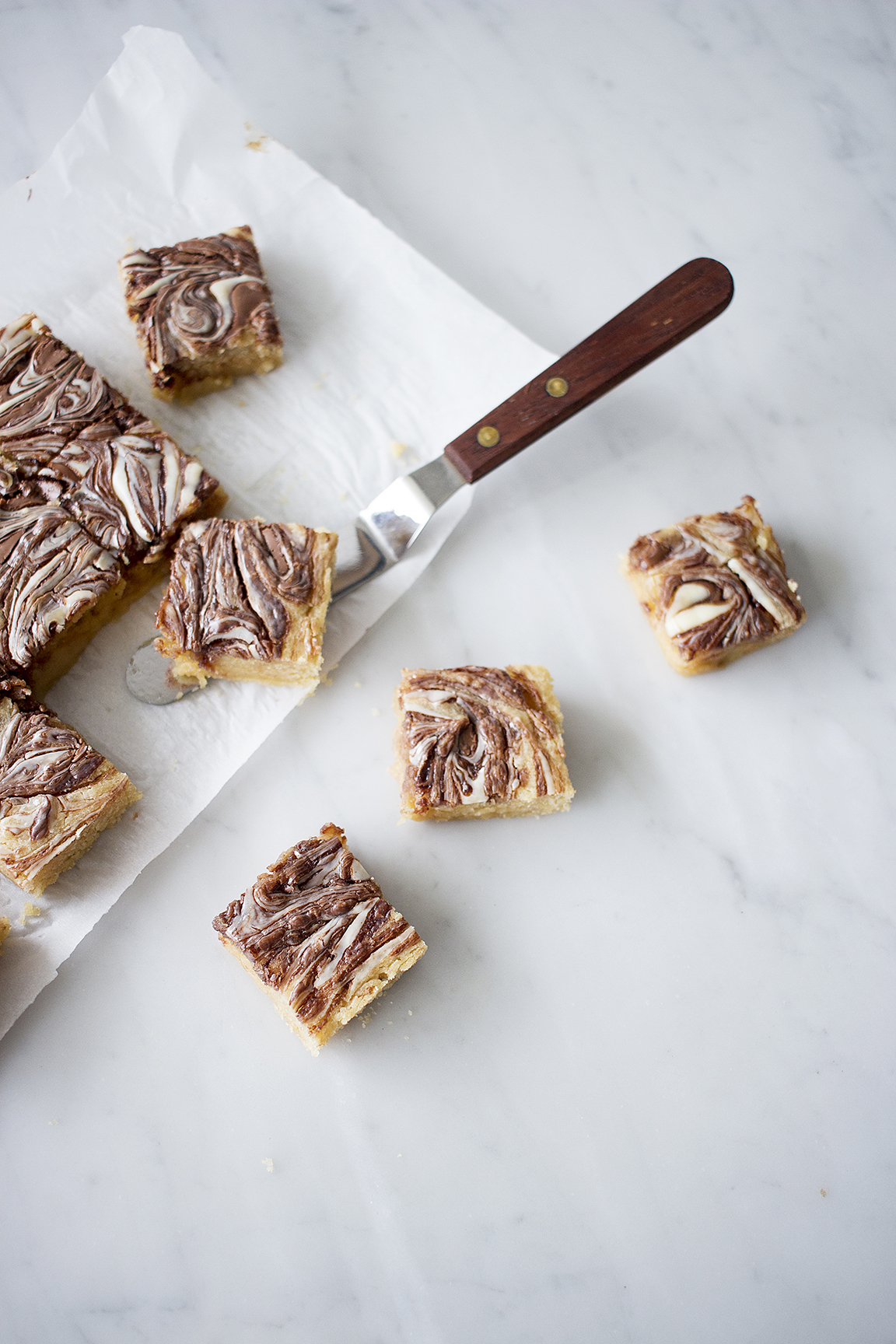 I think I’m making more next week because my friend with who we swap houses to work comes back from a trip. If you want to learn more about how I organize myself to make this blog, let me know 🙂 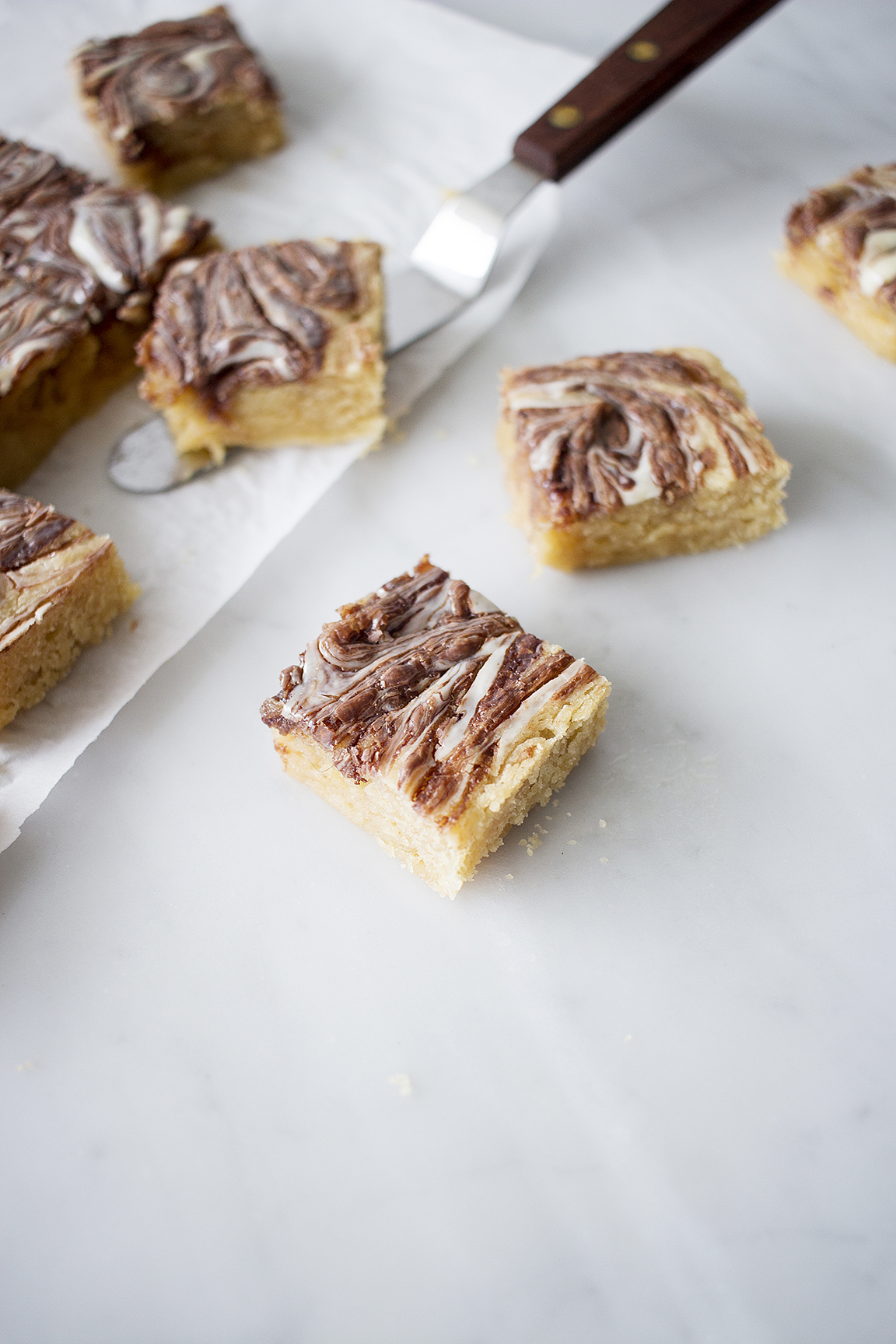 So now you know these are the best blondies in history. Don’t tell me I didn’t warn you 😉 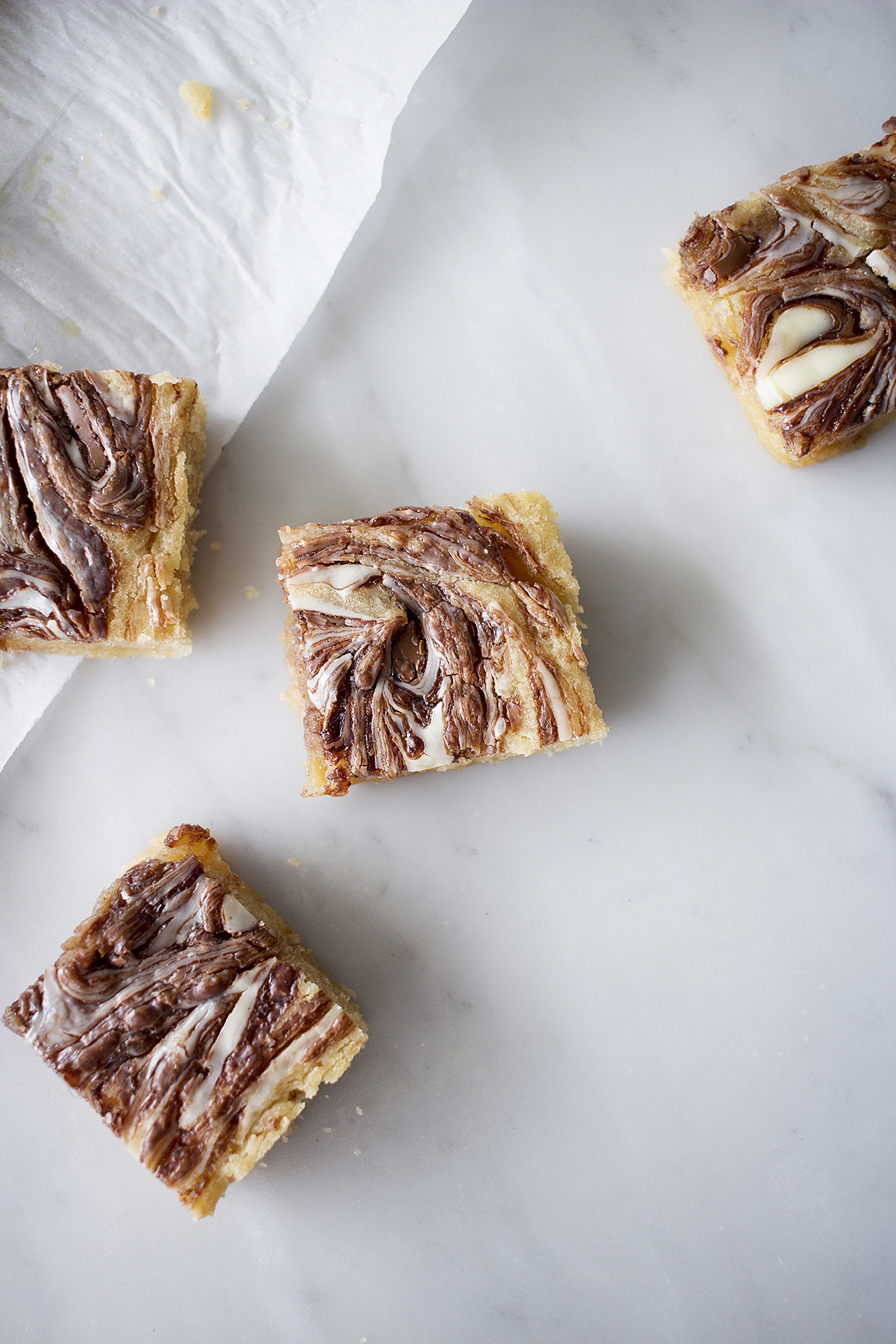 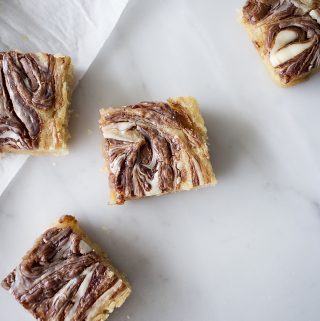 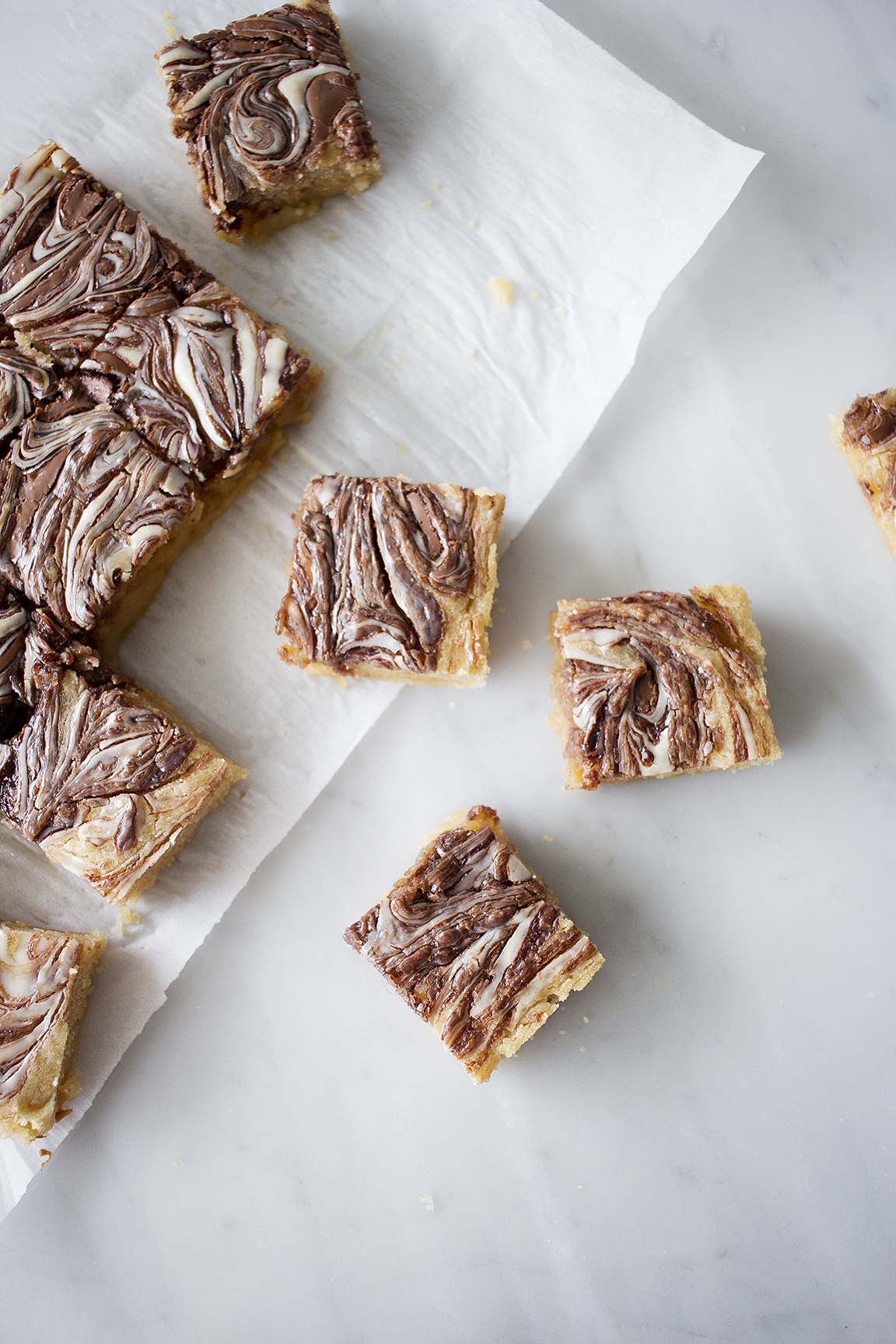 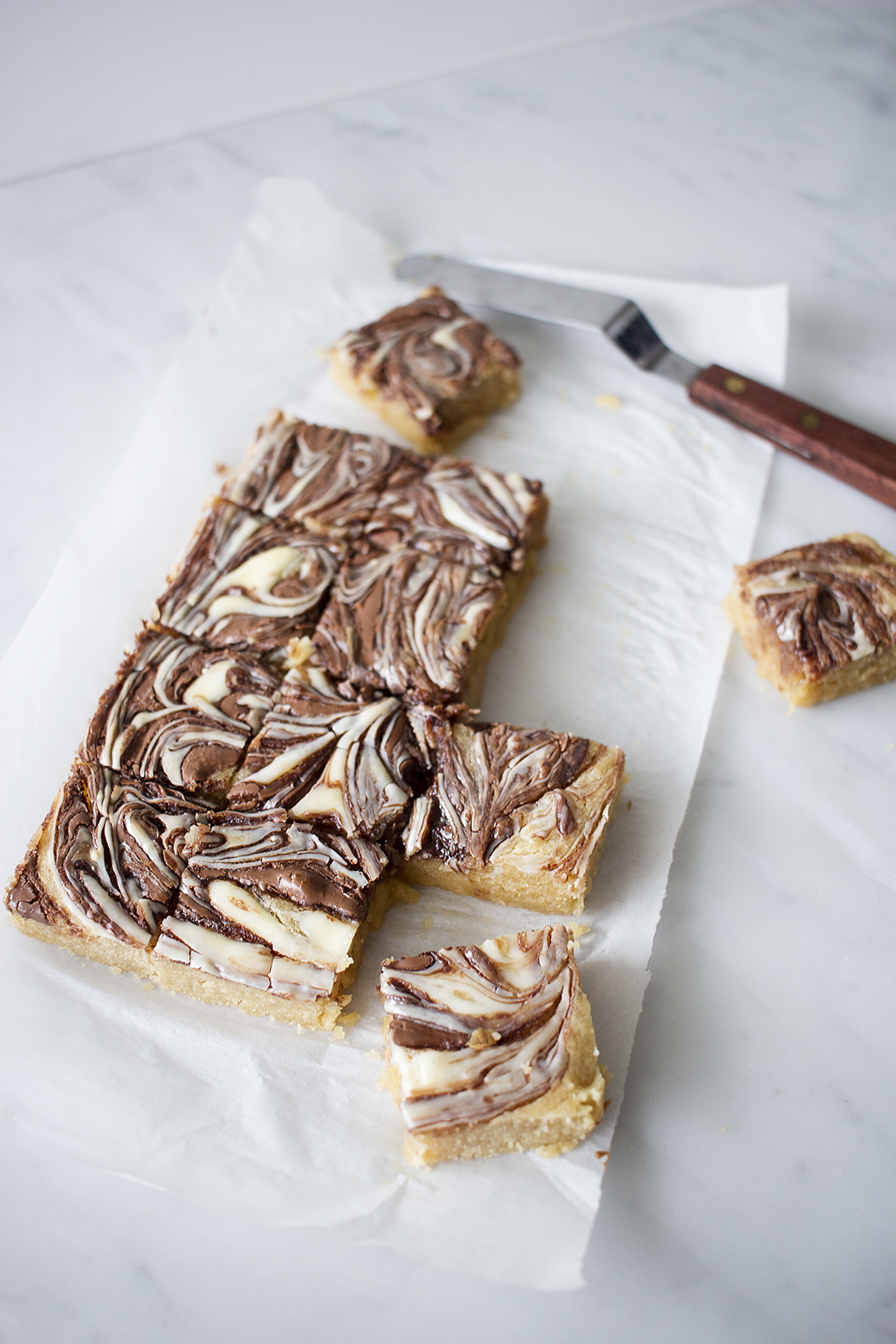