It’s my birthday today and I wanted to share with you guys my favourite cake: carrot cake! It’s the ultimate cake for me because it’s moist, super tasty and I could sell my soul for that cream cheese frosting. I didn’t care much for carrot cake until recently, but I guess I just hadn’t had one that was good enough. This one is honestly the best I’ve had and I love making it because I know people will love it so much.

The cream cheese frosting you can also use for cupcakes. And the technique I show on how to frost the cake you can use for regular buttercream and also for meringue buttercream as well. 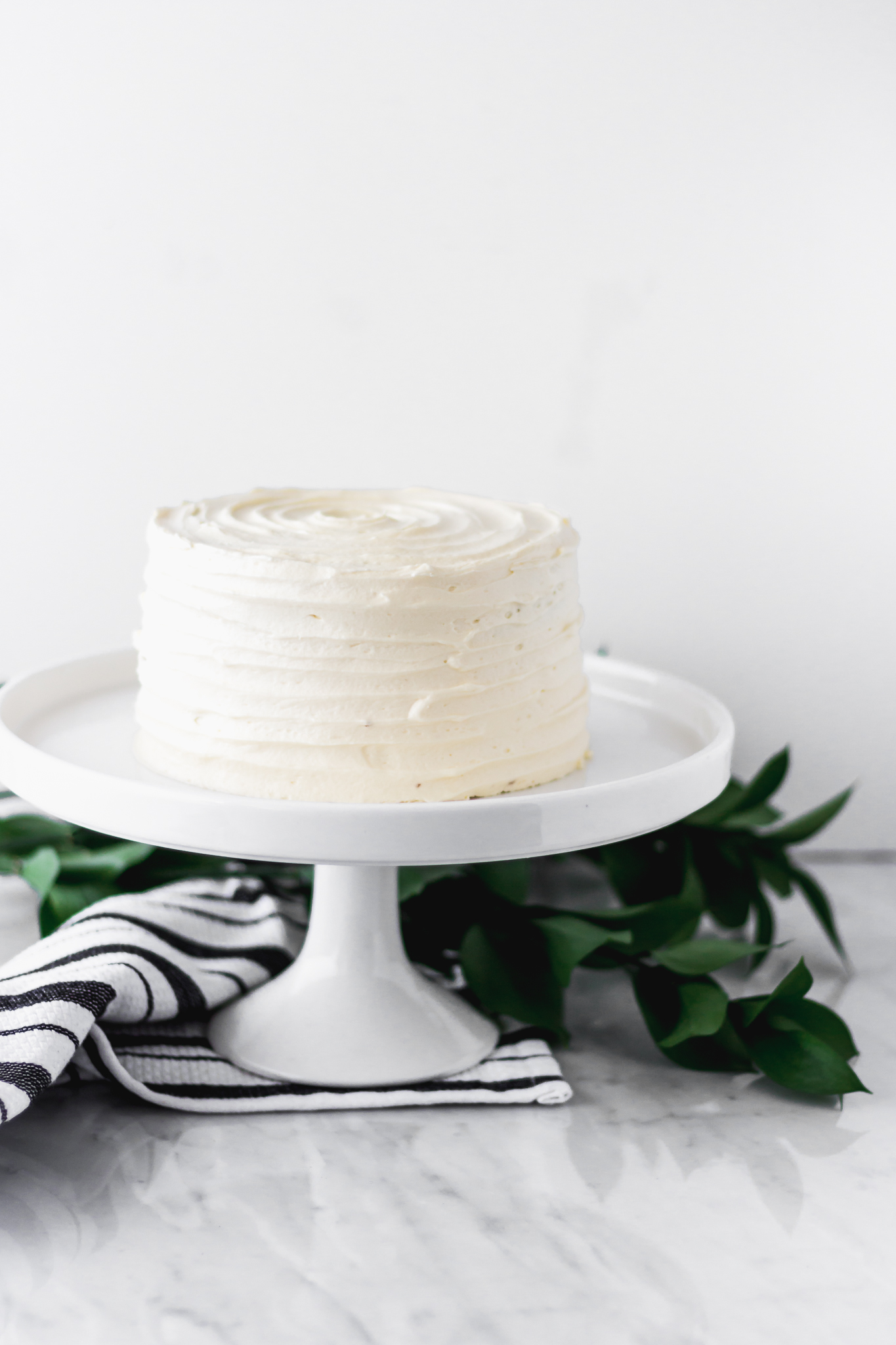 The thing carrots do to this cake is slowly release moisture as it cooks and the cake absorbs it making it super moist. The same happens with zucchini cakes but I need to experiment more on that one. 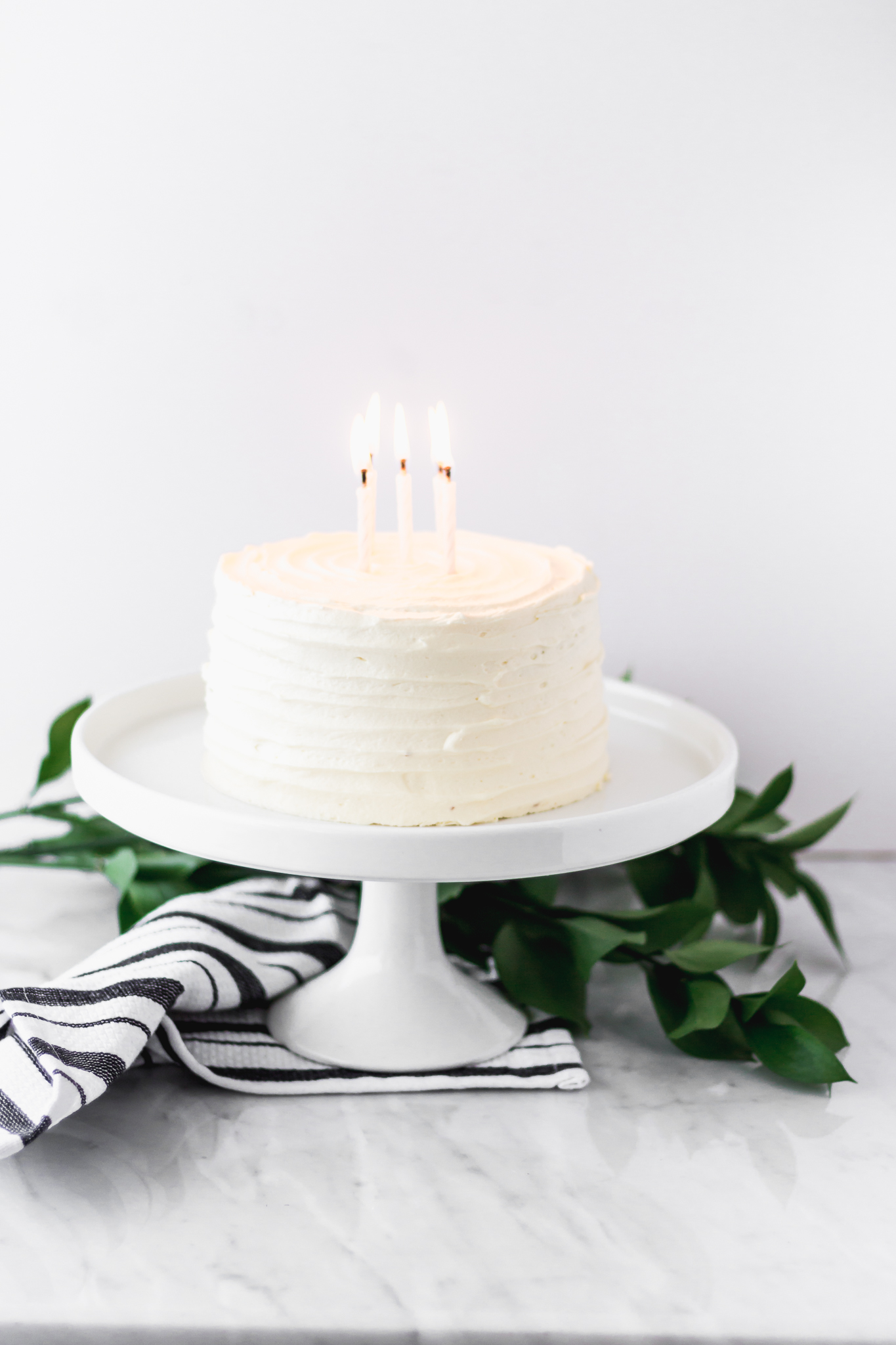 And yes, this cake has a lot of sugar and fat in it. But if it’s your birthday, you kind of deserve anything you like. And I like carrot cake 🙂 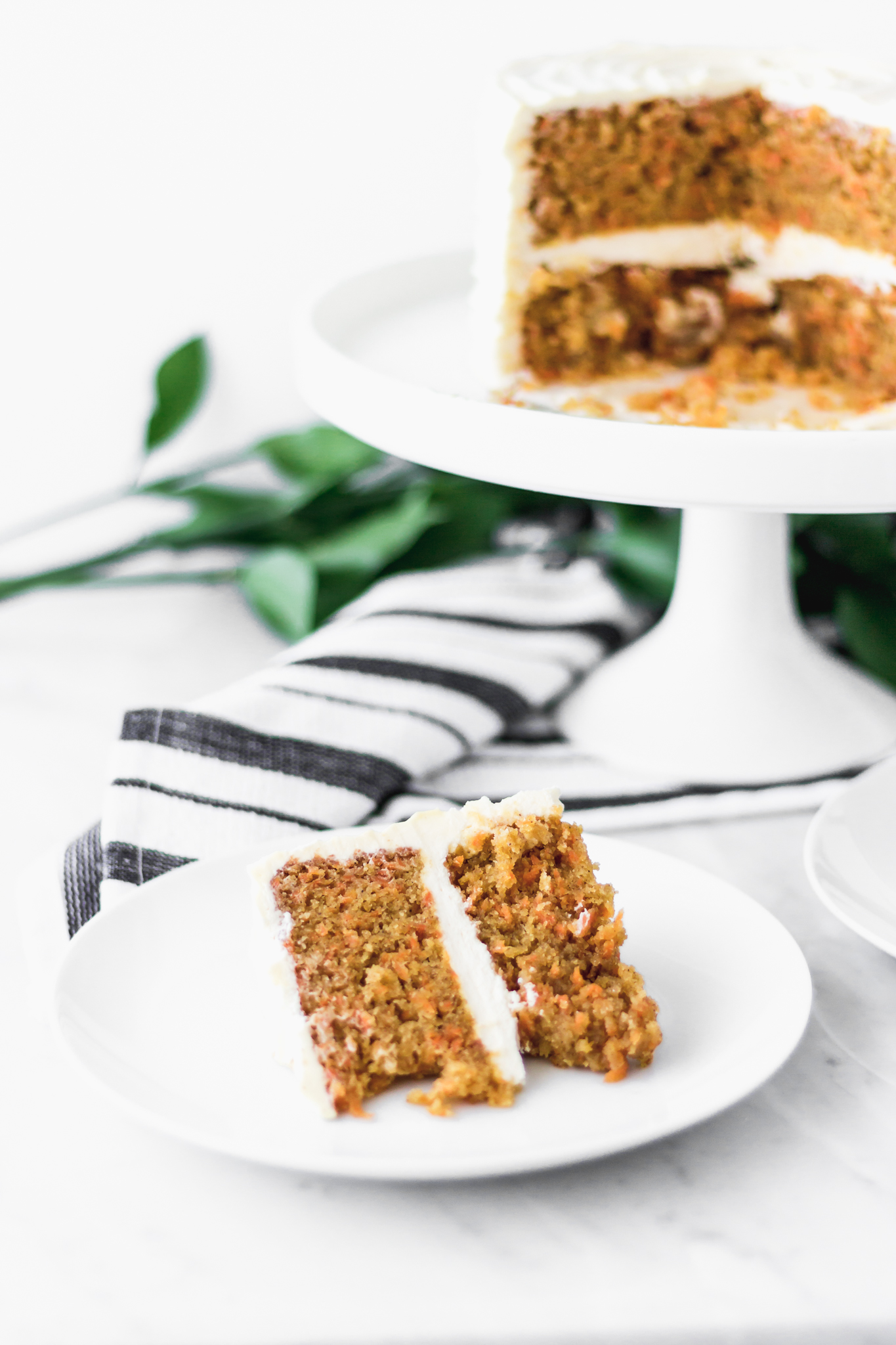 I don’t know if carrot cake is a typical cake for a birthday either, but it’s just my absolute favourite. Other than this I’m not really a cake lover. I don’t typically order cake at a restaurant or cafeteria. 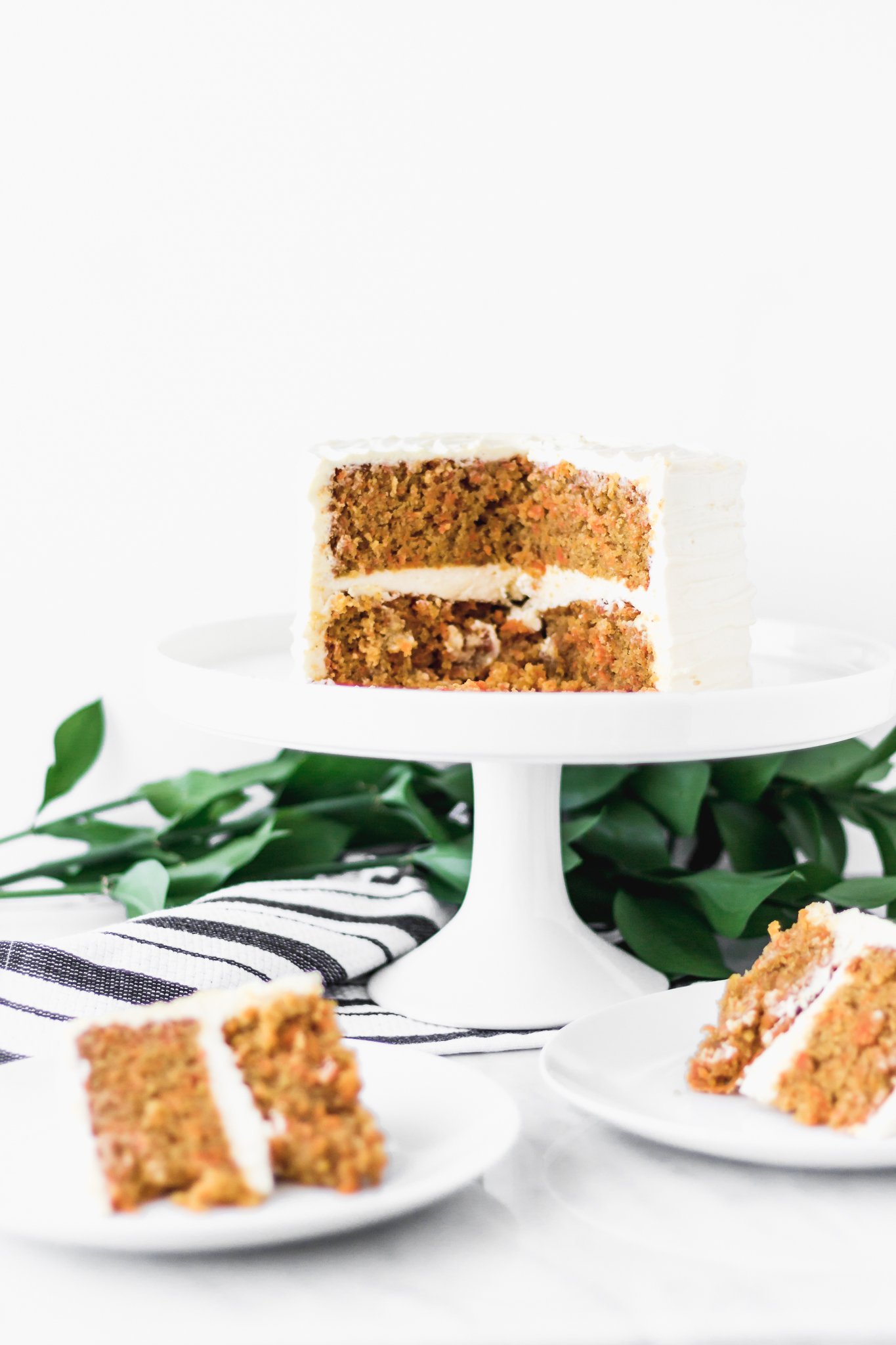 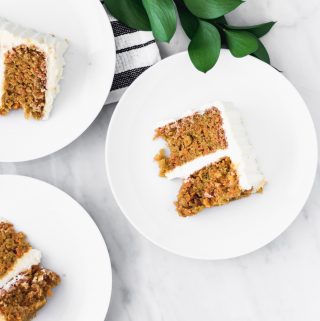 For the carrot cake 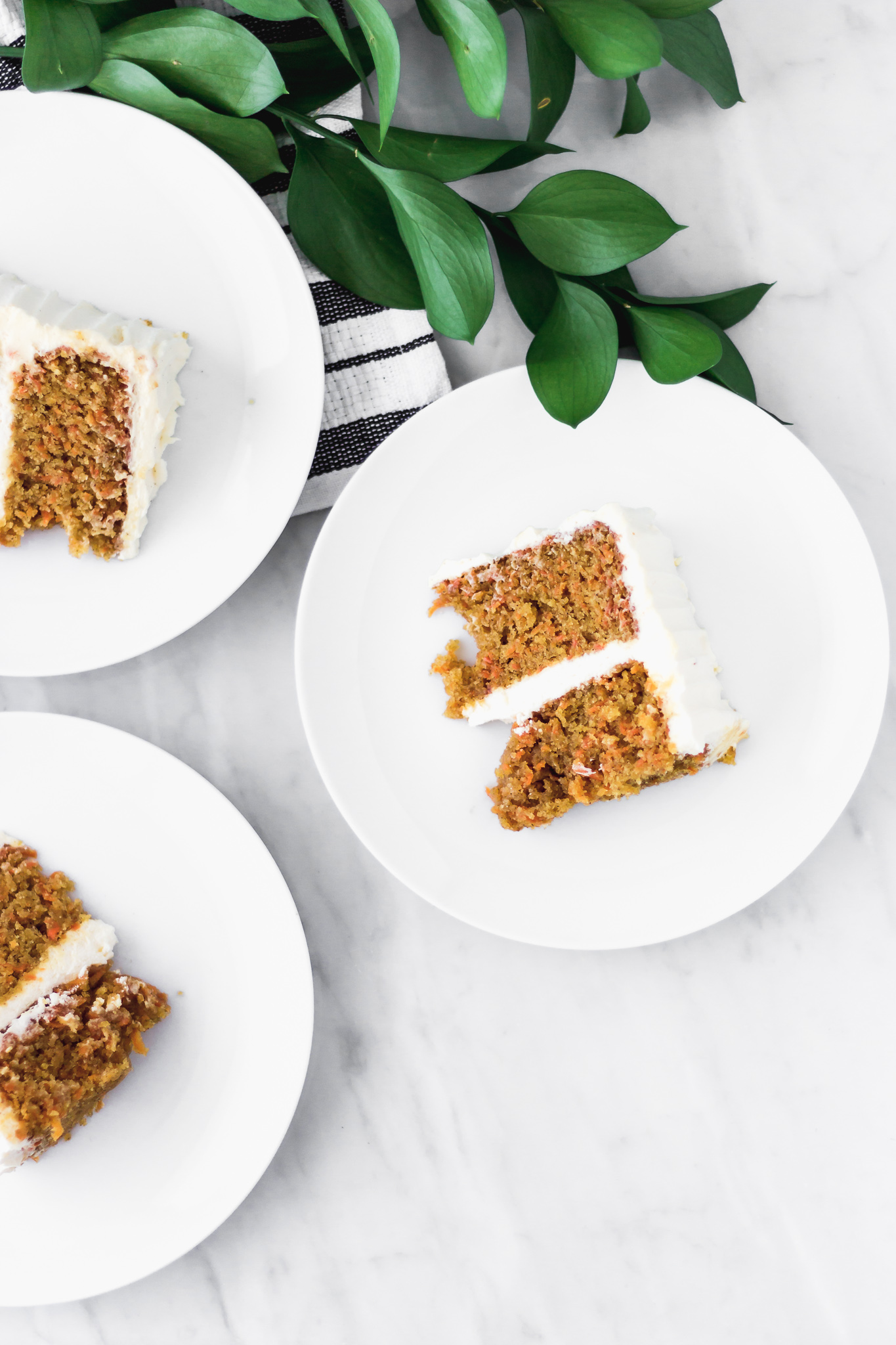 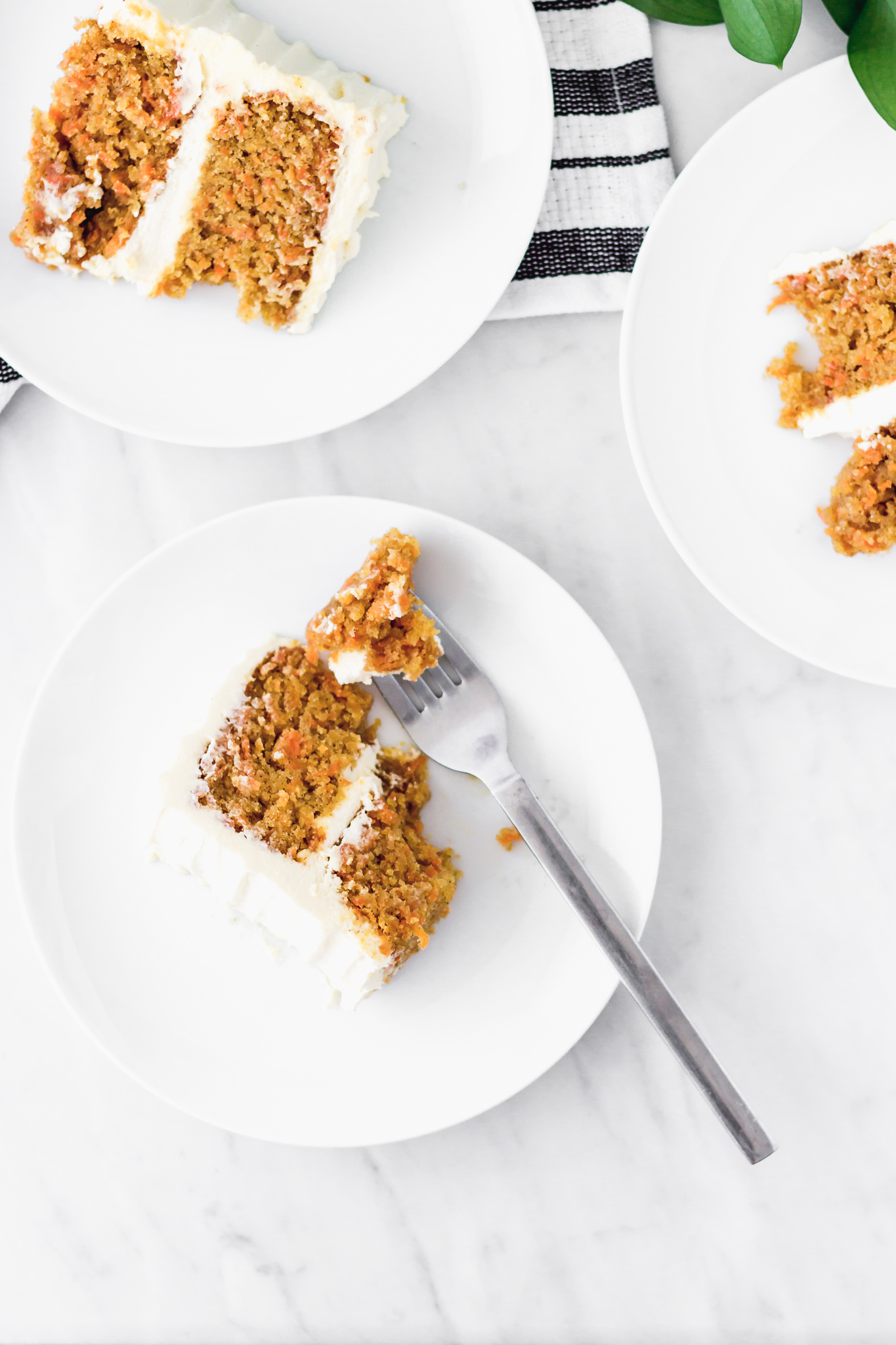 Lovely ! I have a quick question
It says grams of oil , sure it’s not ml ? I don’t wanna mess it up !
Thanks lore for your delicious recipes

Hi Karen! It’s practically the same for these small amounts. Since you’re weighing everything else I find it easier to measure it this way 🙂

[…] Take a look at this recipe Apple Cinnamon Rolls […]