The causa is SO GOOD! It’s a dish commonly made in Peruvian households and the one with chicken is my favourite. There will always be the debate on what flavour of causa is the best but this is my favourite because it reminds me of my mom’s house and so it has sentimental value :).

The “causa” or “cause” in English is delicious with a large variety of fillings. It can be with chicken like this one or with canned tuna like I mention in the recipe below. Not only that but you can also fill it with salmon tartare, “olivo” octopus with an olive sauce, shrimp, crab, etc. Your creativity is the limit 😉 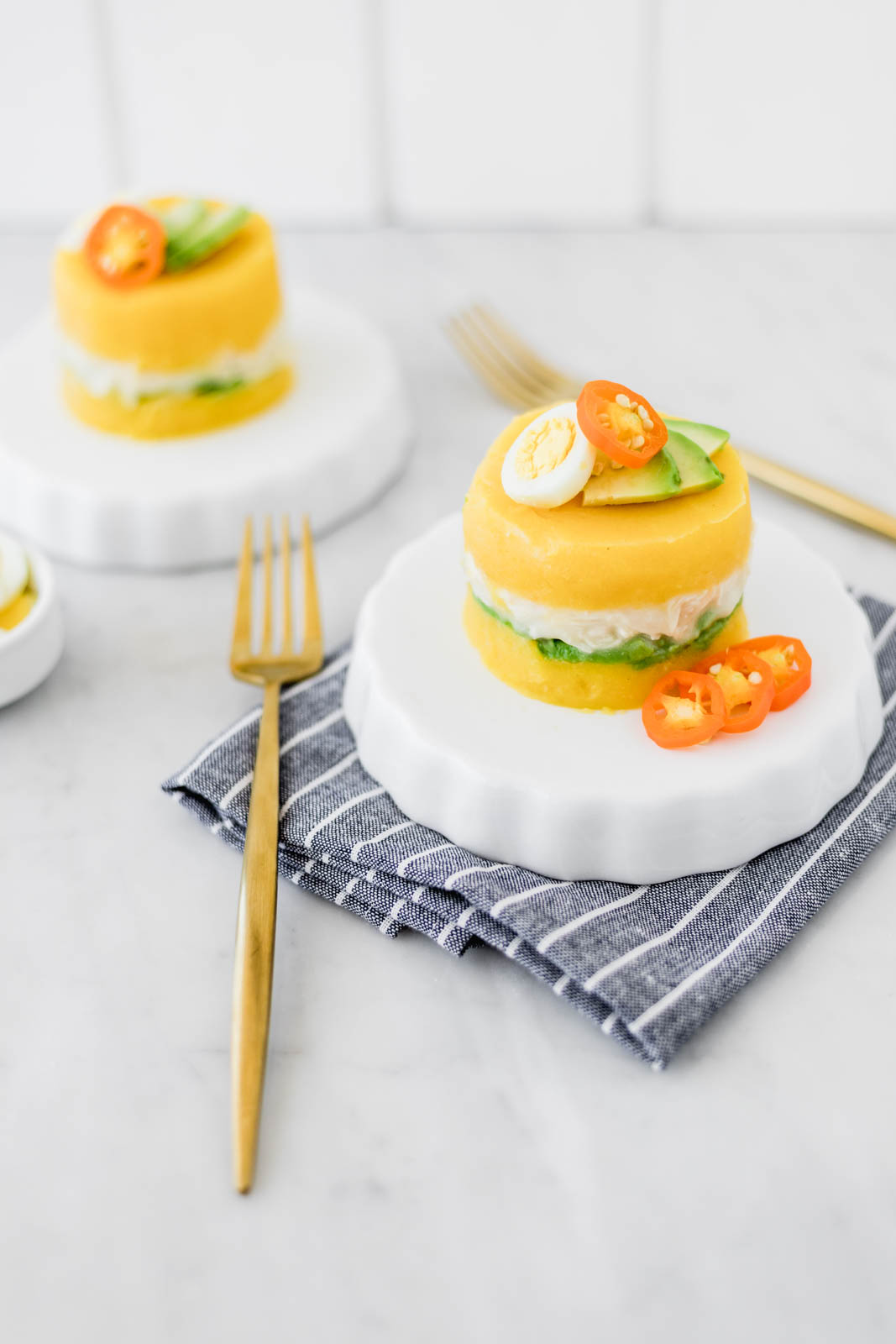 Many Peruvians who live outside of Perú feel intimidated when making causa if they cannot find the Peruvian yellow potato. But don’t let that stop you! Yes, it’s true that other potatoes don’t have 100% the same taste but it’s pretty similar and the most notorious difference will be that the yellow colour will be paler, but nothing too bad ;). 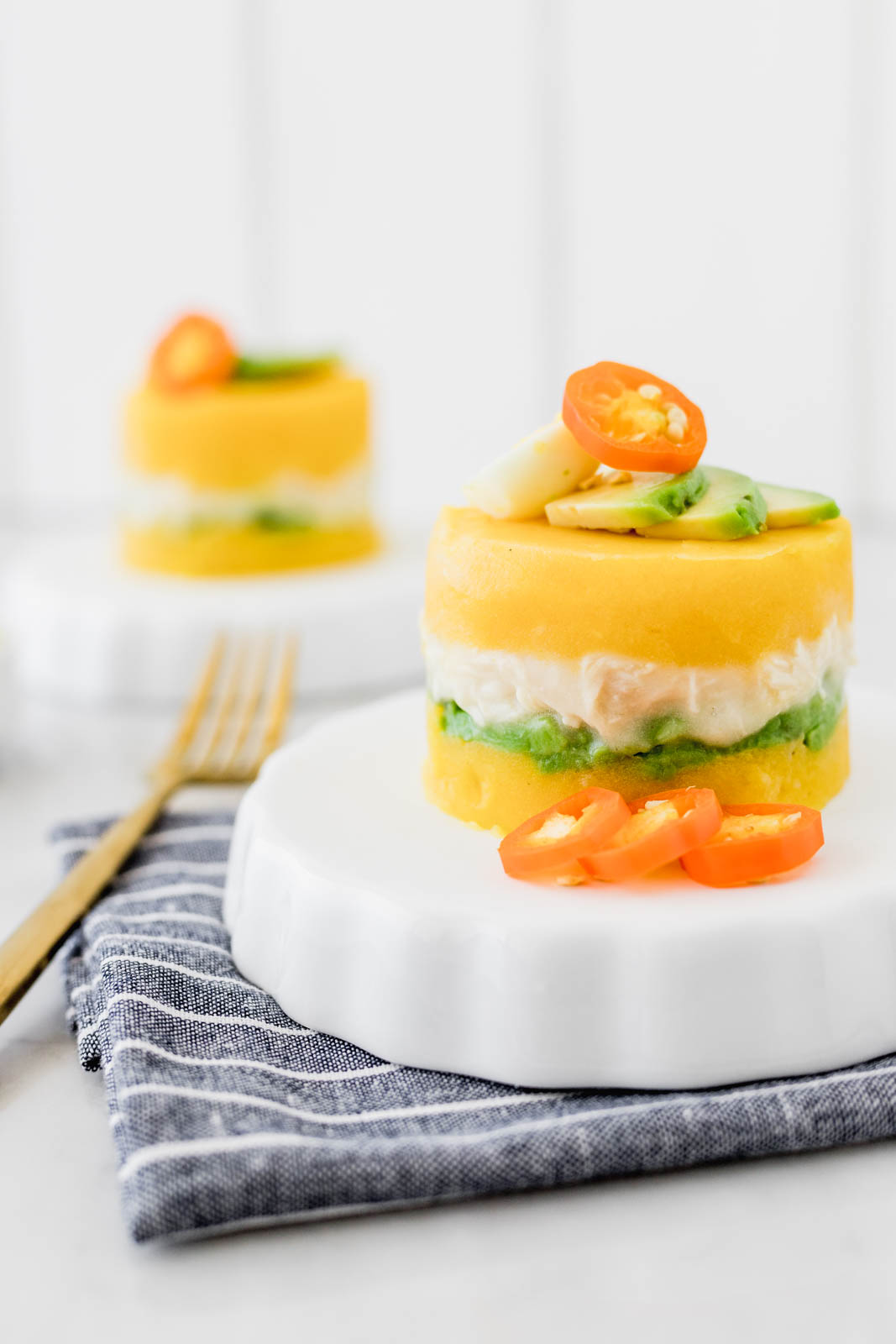 I garnished this “causa” with a hard-boiled quail egg which I loooove. It’s just too tasty. To make it I boiled water and dropped in the room-temperature eggs. They stayed in there for 4 minutes and then I took them out and into a bowl with iced water to stop the cooking process. 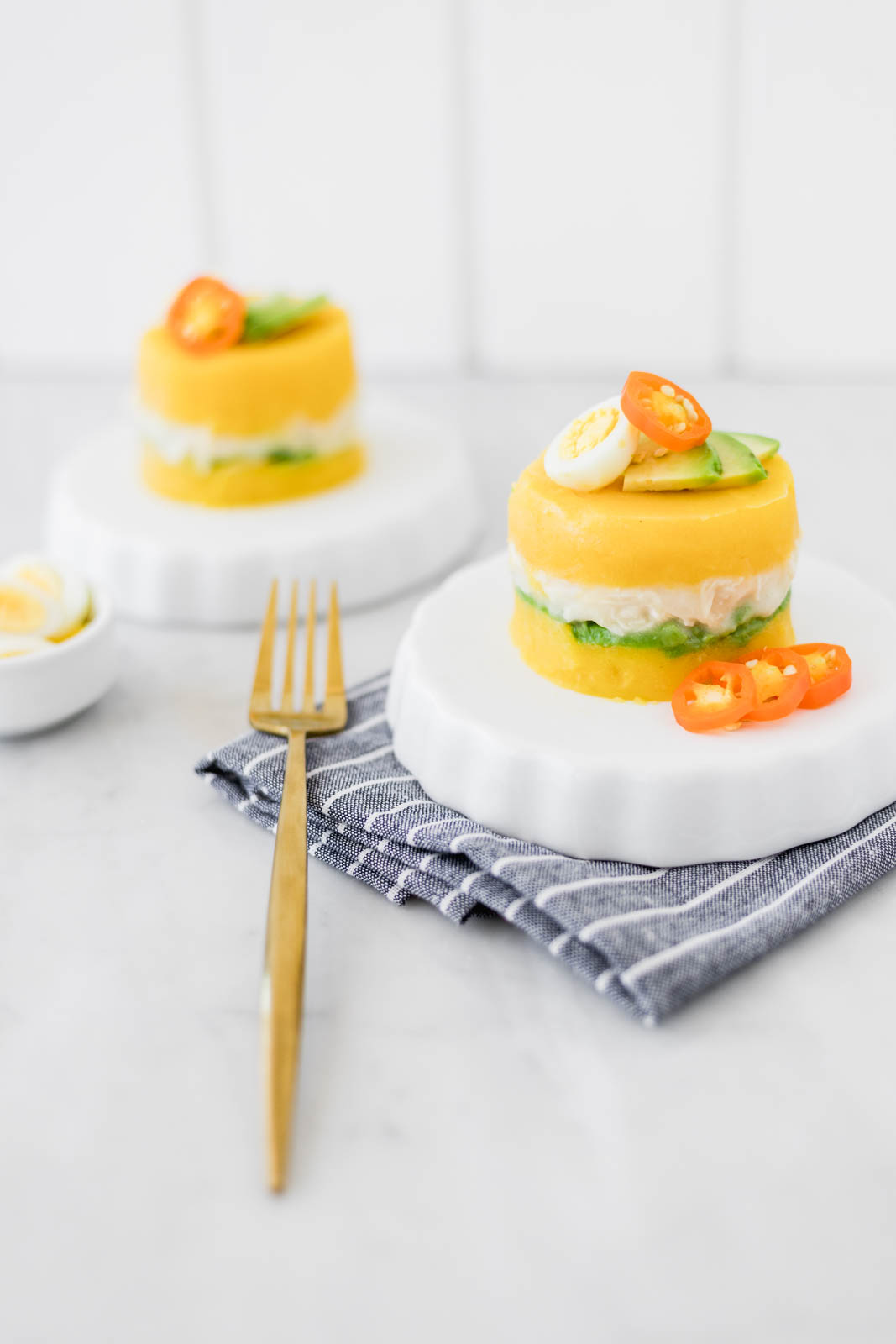 You can also make bite-size balls with the potato mix (it’s like plasticine) and put a bit of avocado on top or even thinly sliced octopus with the olive sauce or even a breaded shrimp. It also goes nicely with “Huancaína” sauce. 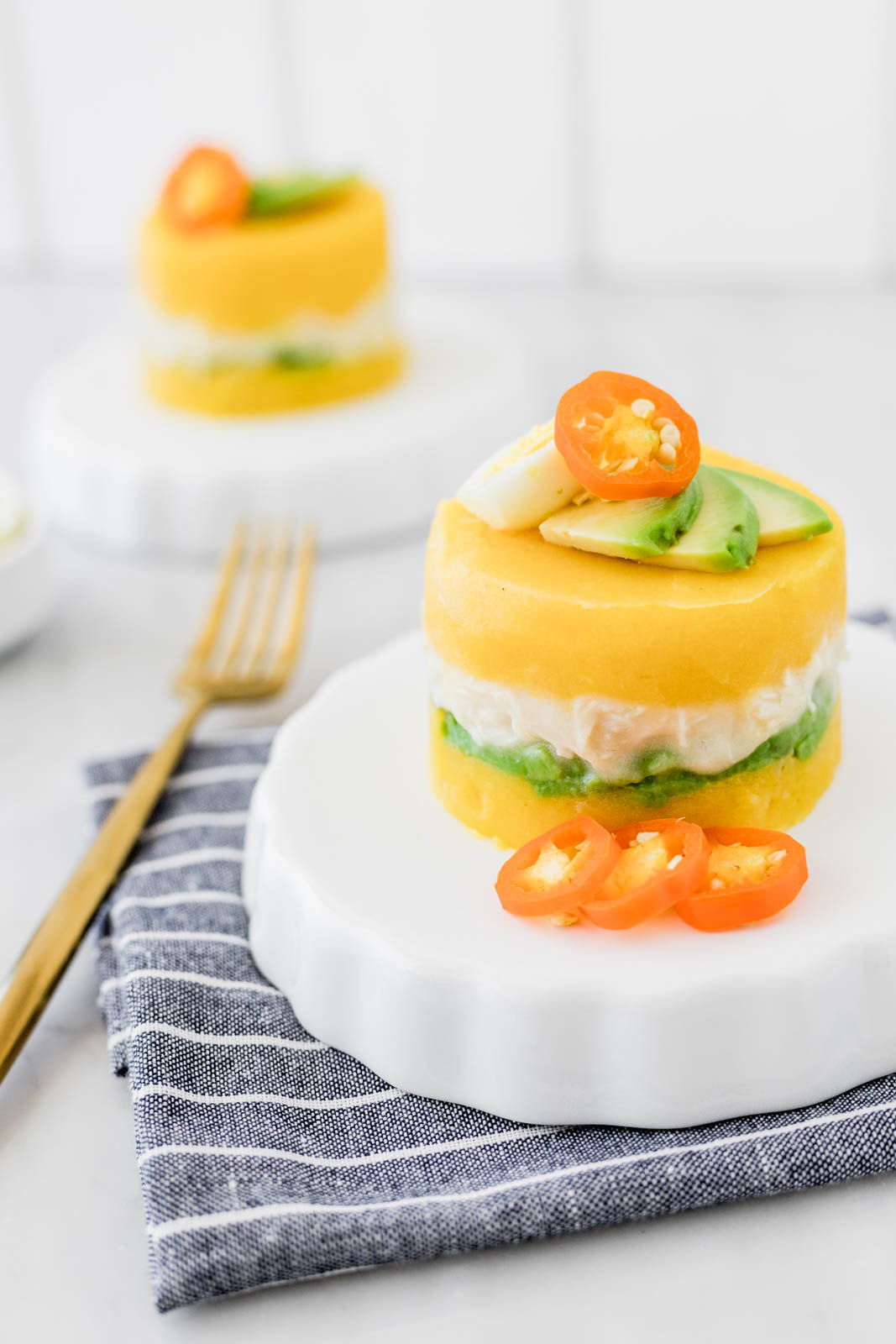 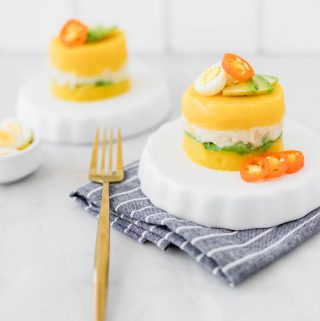 For the yellow chili paste*

*You can replace this with the store-bought version (usually easily found online) and the difference is that store-bought is spicy but the homemade version is not.
Tried this recipe?Mention @CravingsJournal or tag #RecipeCJ!