If there’s a sweet I cannot stop myself from eating it’s cinnamon rolls. That being said I’m also super picky about how I like them. I love them when they’re gooey and soft and you can pull the layers with your hands easily.

I actually eat these with my hands because somehow they taste better. Don’t judge me, okay? It’s just how I’ve always done it and love it ;). I made several attempts to get the perfect recipe and I loooove the result. This recipe dates back to September 2016 but I just wanted to reshoot them and also add a video because there are a few tips that are better explained visually. Oh and also, I highly recommend my apple cinnamon rolls and coffee cinnamon rolls as well :).

Whenever a few hours or even a few days pass you want to reheat them. Let’s be clear that cinnamon rolls are a thousand times better hot than cold. When the time comes, reheat them in the microwave (which is very weird for bread) for a few seconds because it brings back the gooeyness we love. 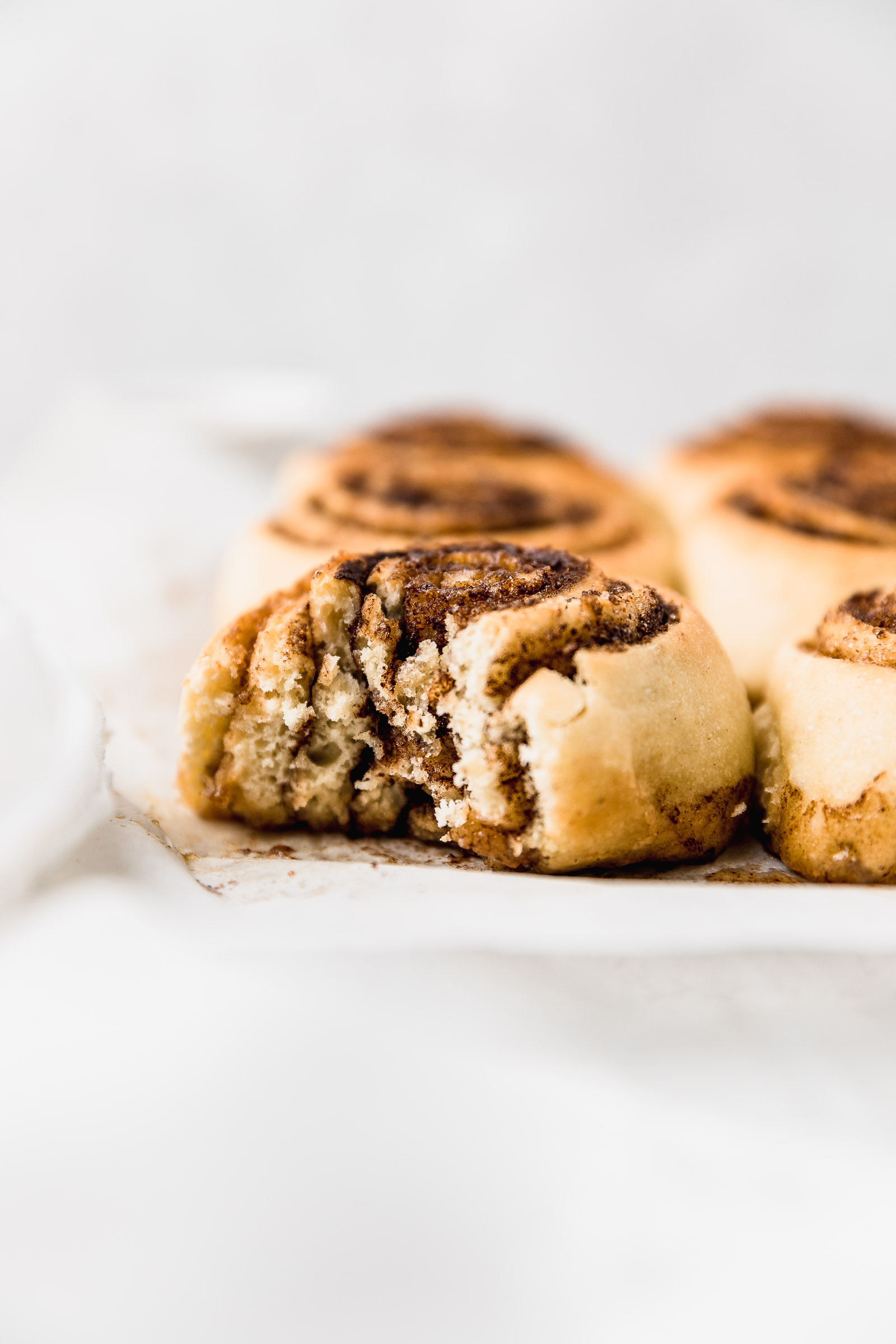 If you like cream cheese frosting for them (although I don’t think they need it) you can use the recipe from my carrot cake which is extremely good. Otherwise, you can also make a simple glaze with icing sugar with a bit of water: you add the water little by little until you like the consistency and then lightly glaze the rolls. Oh, and if you make these, make sure to tag me on Instagram! 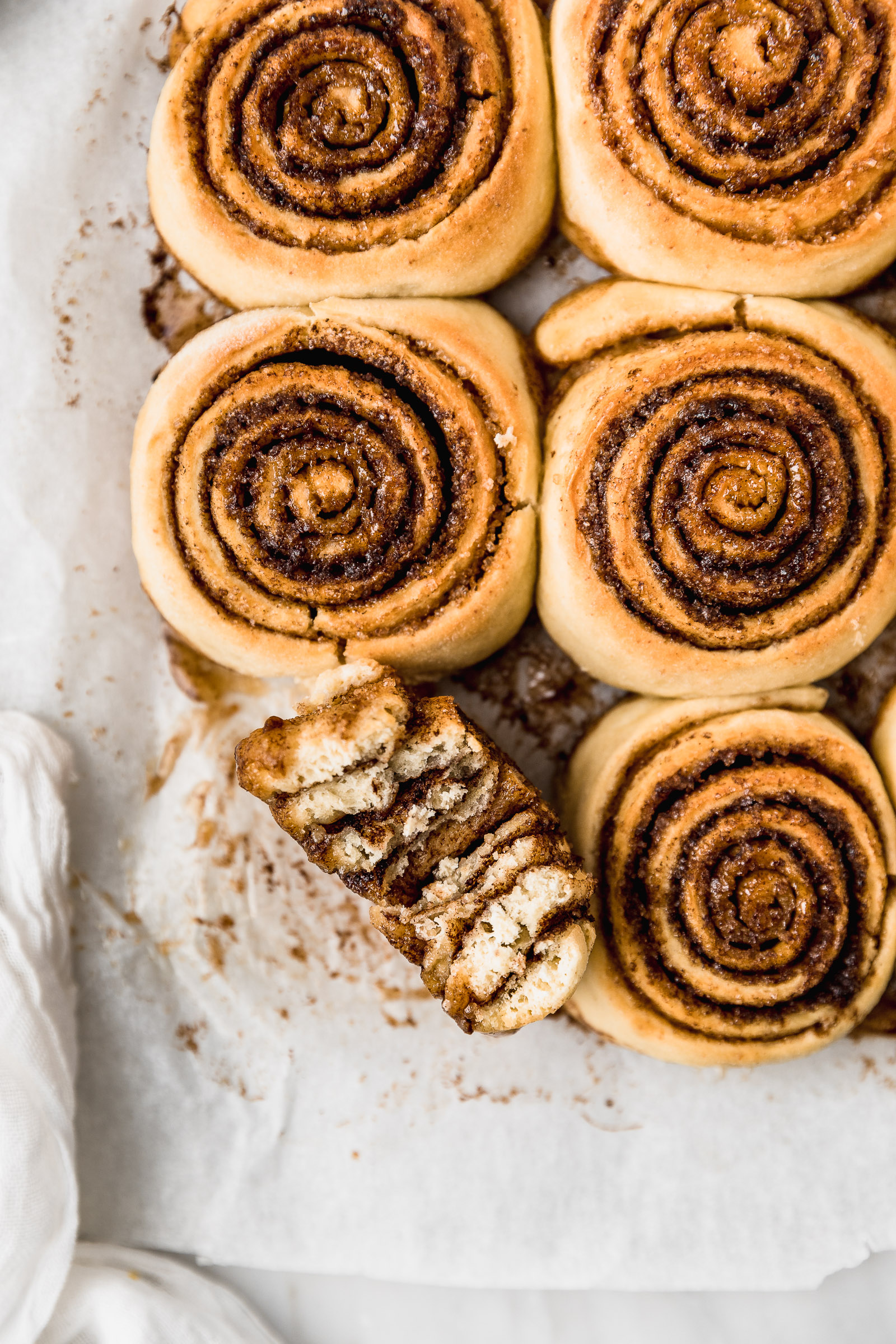 For the sugar filling:

***If you want to proof the rolls overnight to bake them the next morning, the amount of yeast changes to 1 3/4 tsp. The final proofing time is 12 hours in the fridge and no more than 14 hours. After that time they go straight in the oven.
Tried this recipe?Mention @CravingsJournal or tag #RecipeCJ! 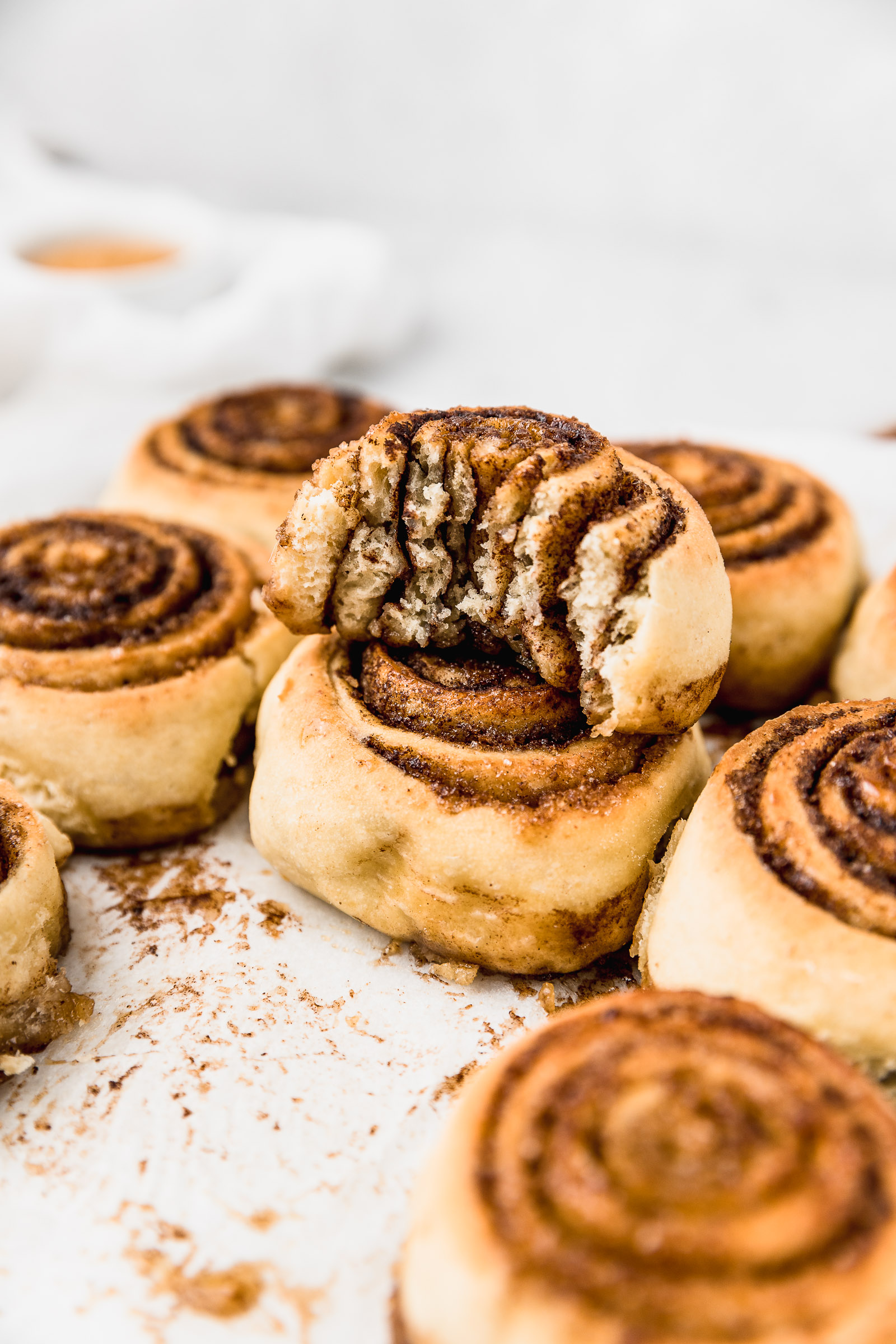 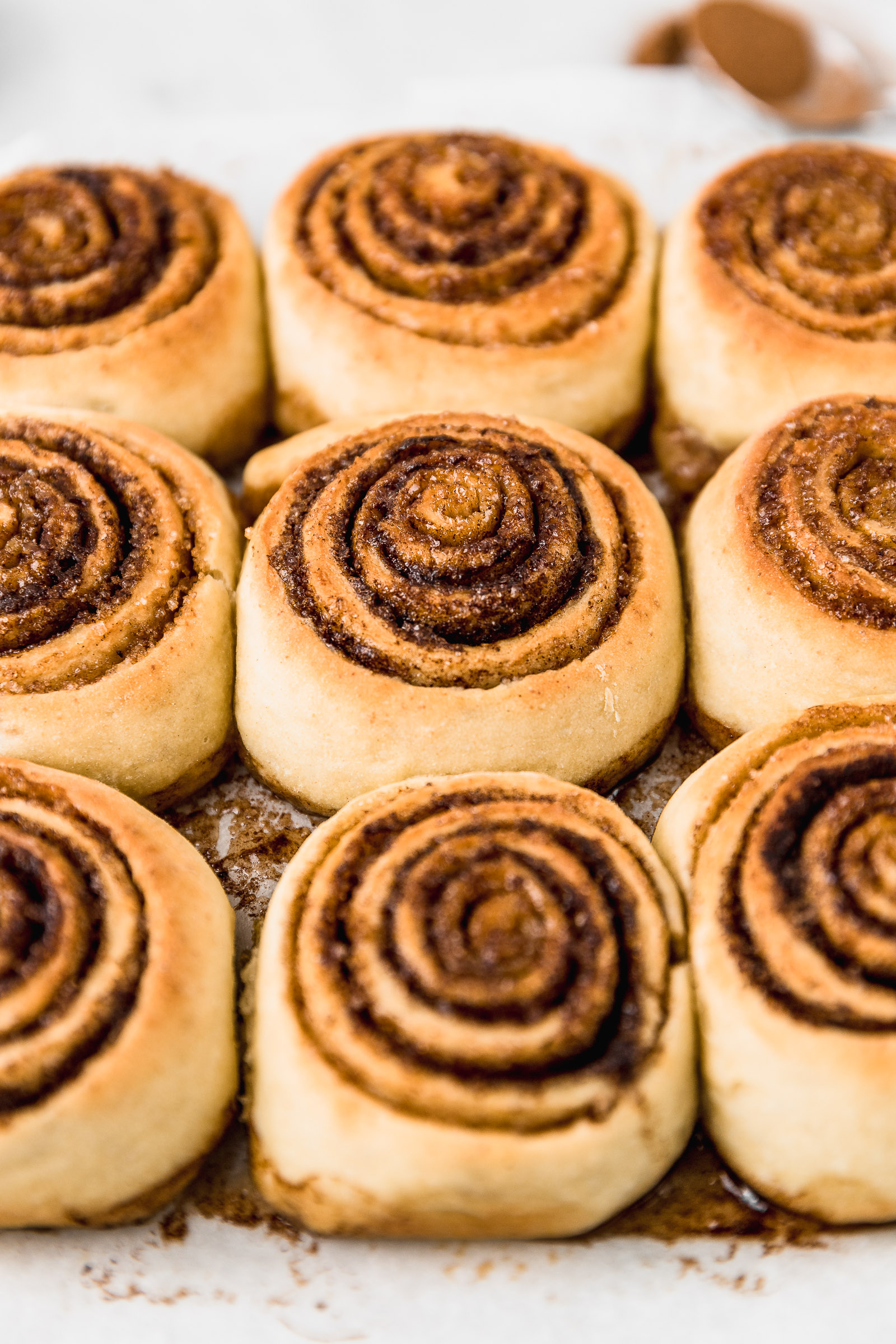 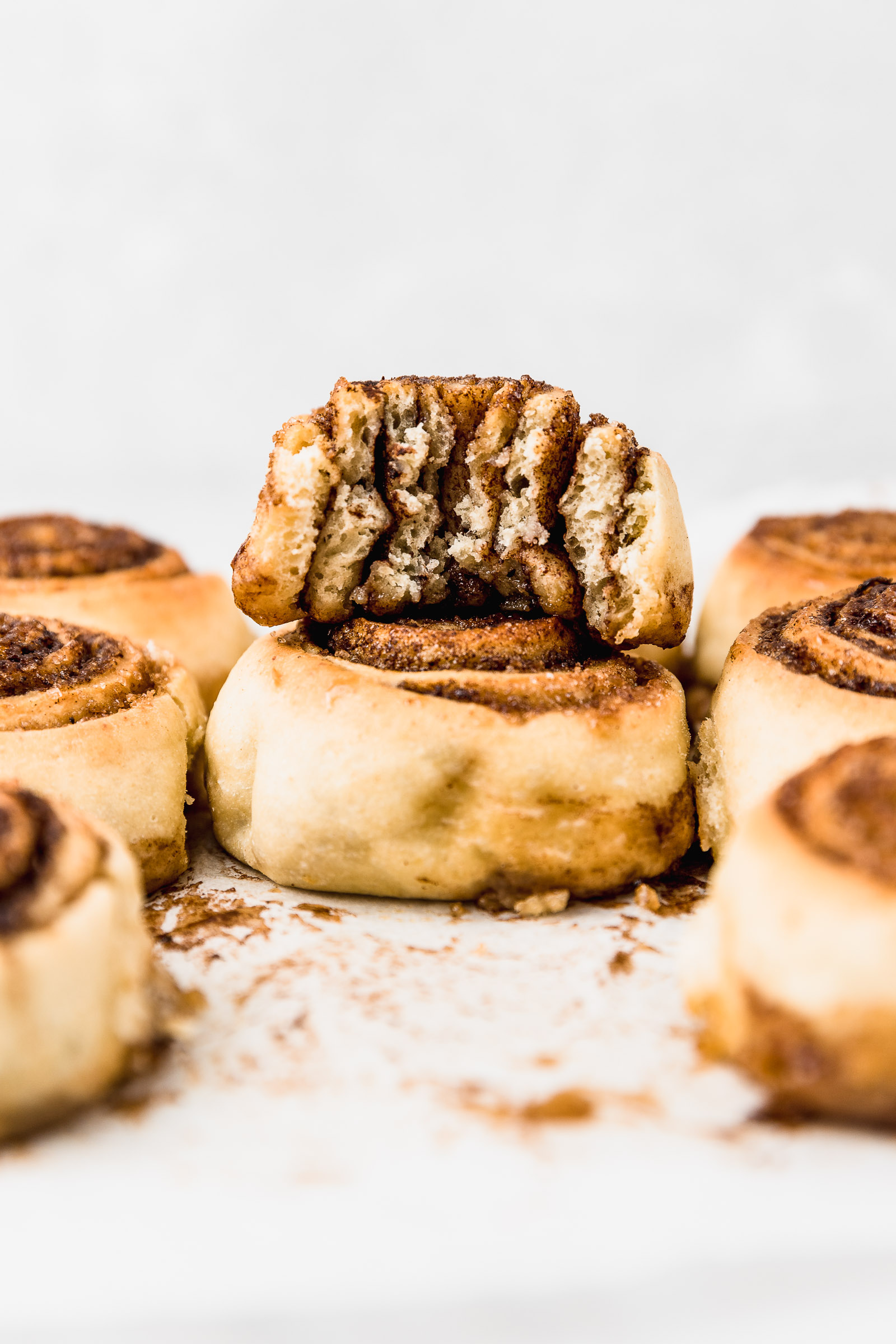 I made these last night and they are delicious! Definitely bakery quality! And I also love that every recipe post has a little intro but it’s not too long and I can easily scroll to the recipe itself. So happy I found your blog. Gonna try the Oreo cheesecake next for Christmas 🙂
Best wishes,
Nina