A lot of times when we plan our Christmas menu we realize that we always go back to the same dishes and recipe even if almost anyone eats them anymore. That’s why I decided to do a super different side dish mage of mushrooms and leeks that are first pan fried and then laid on a baking tray with crispy serrano ham and a layer of breadcrumbs. The result is really good and it goes perfectly with all kinds of meats.

Not many people eat leeks and it’s wonderful, one of my favourite vegetables. Its flavour is like an onion gone extra mild. 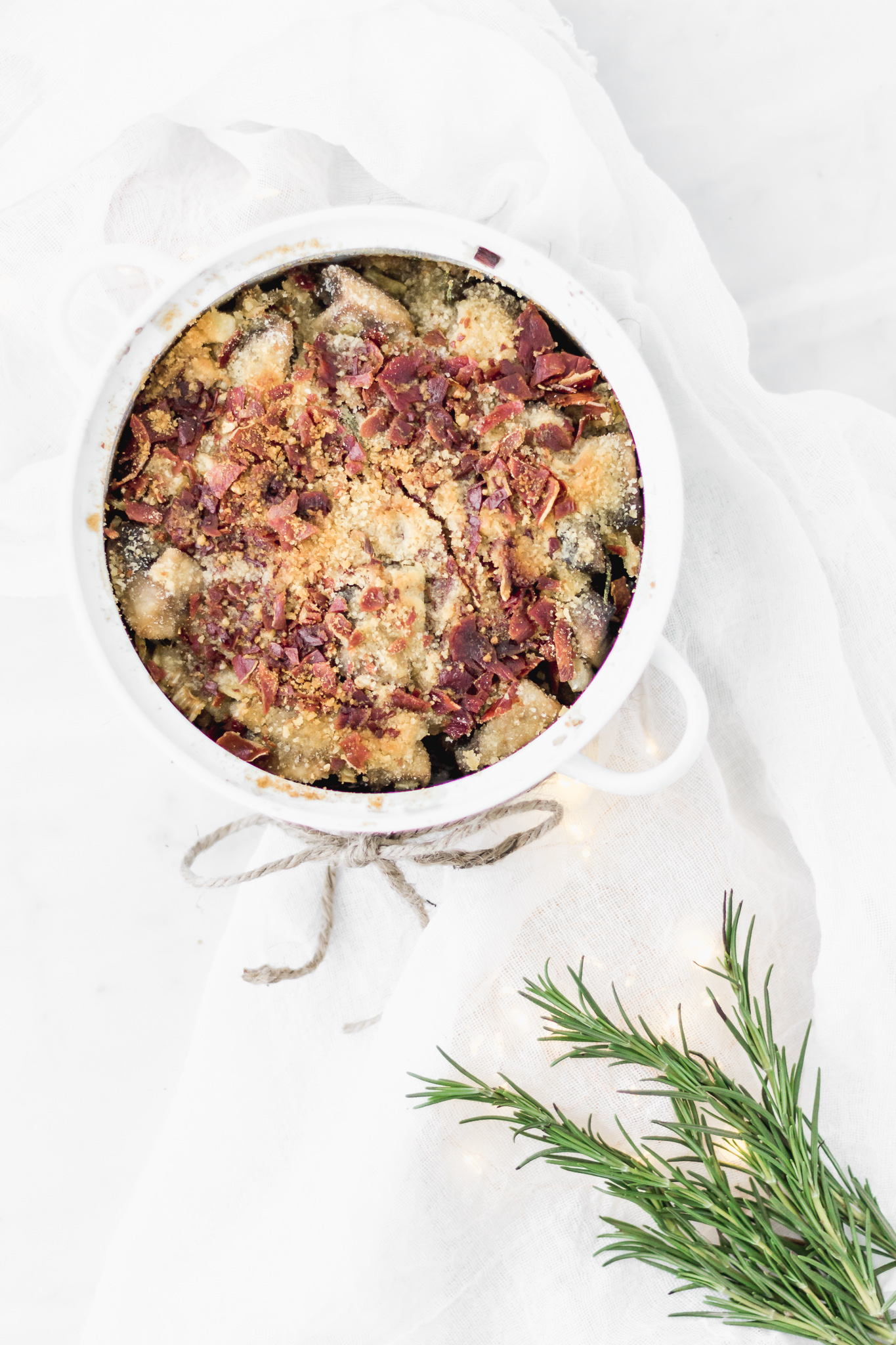 The other thing that I LOVE about this recipe is the crispy serrano ham. It can be easily replaced by prosciutto and it’s great to use also on many other preparations, specially salads. You can check out more crispy salad toppings here. 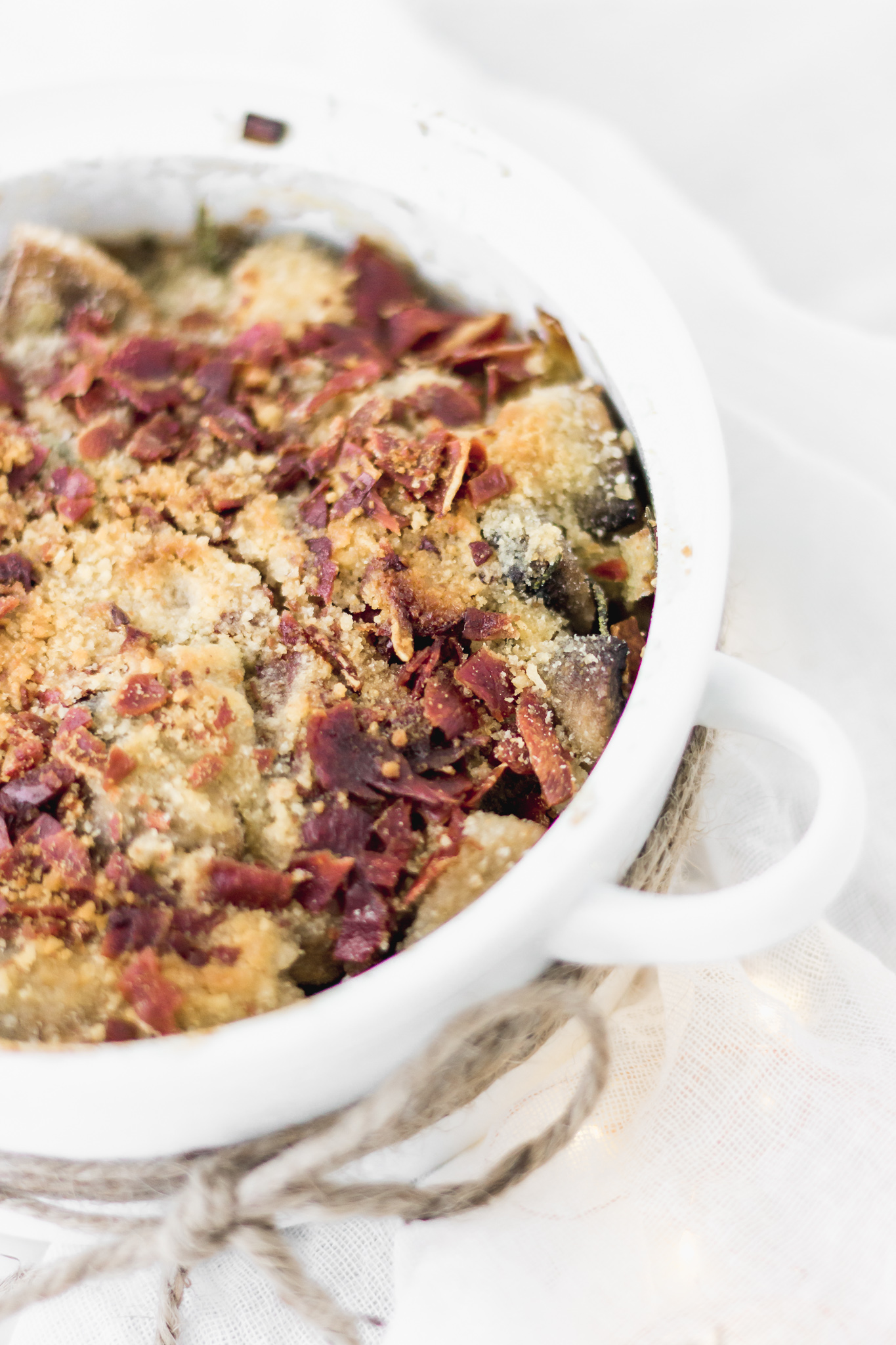 I used rosemary to give this dish extra flavour but you could replace it with thyme or sage if you prefer. 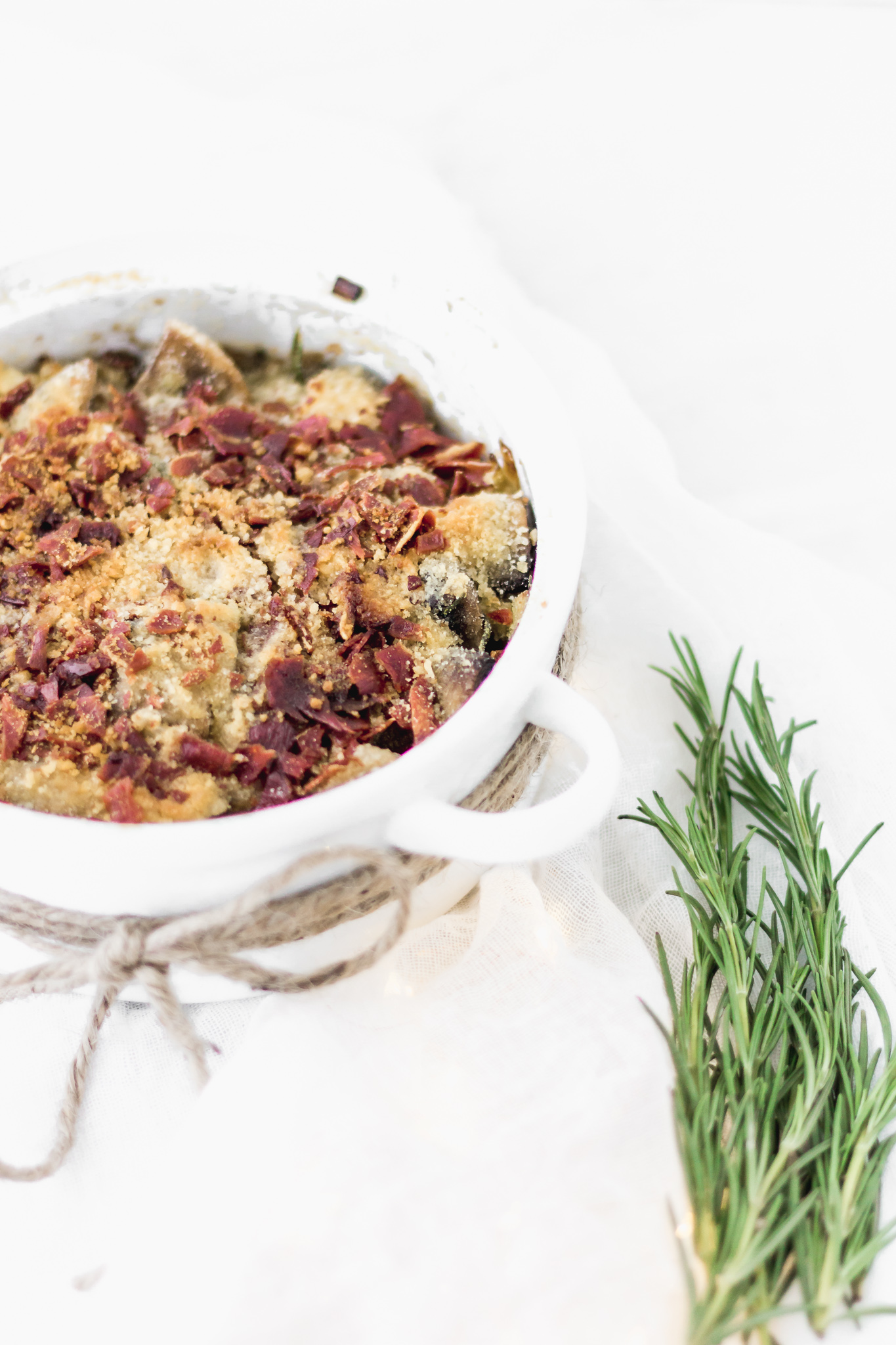 And if you want to make it more decadent you could mix grated gruyere or parmesan cheese with the breadcrumbs so that it melts in the oven. 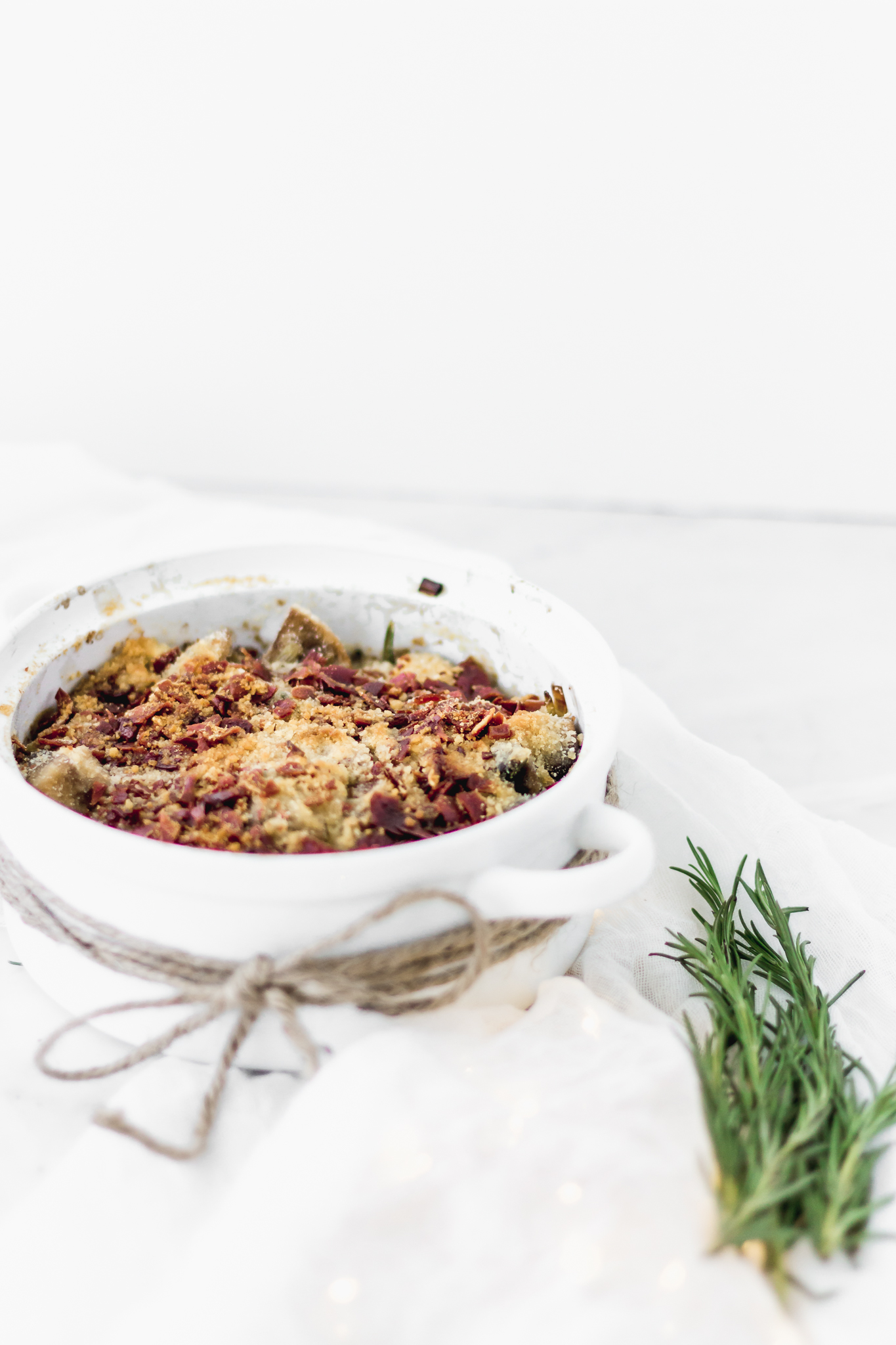 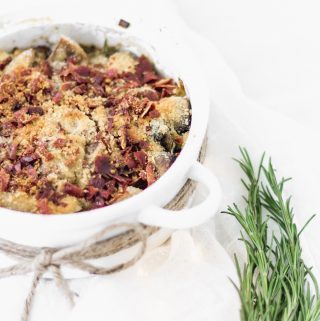 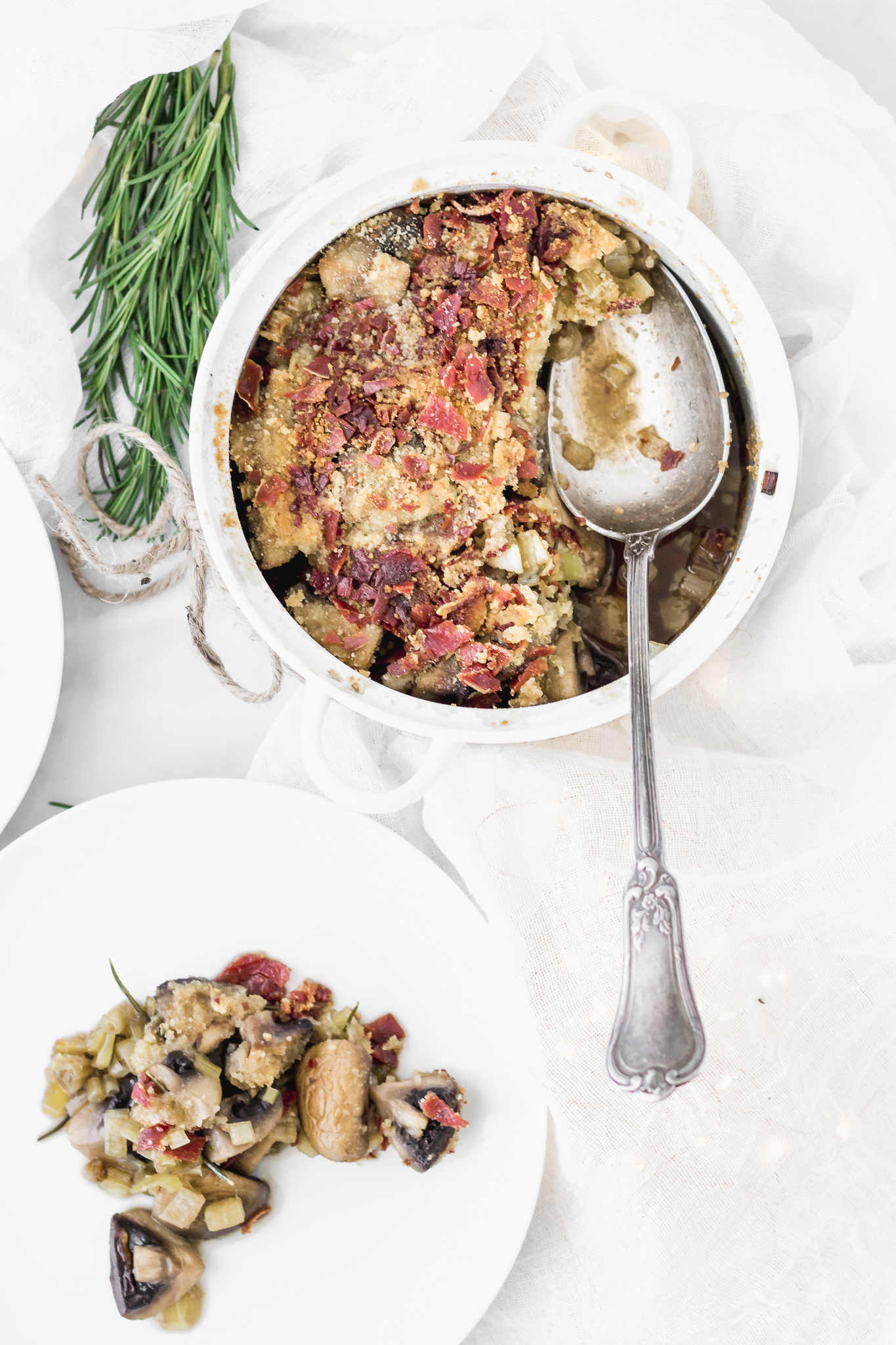 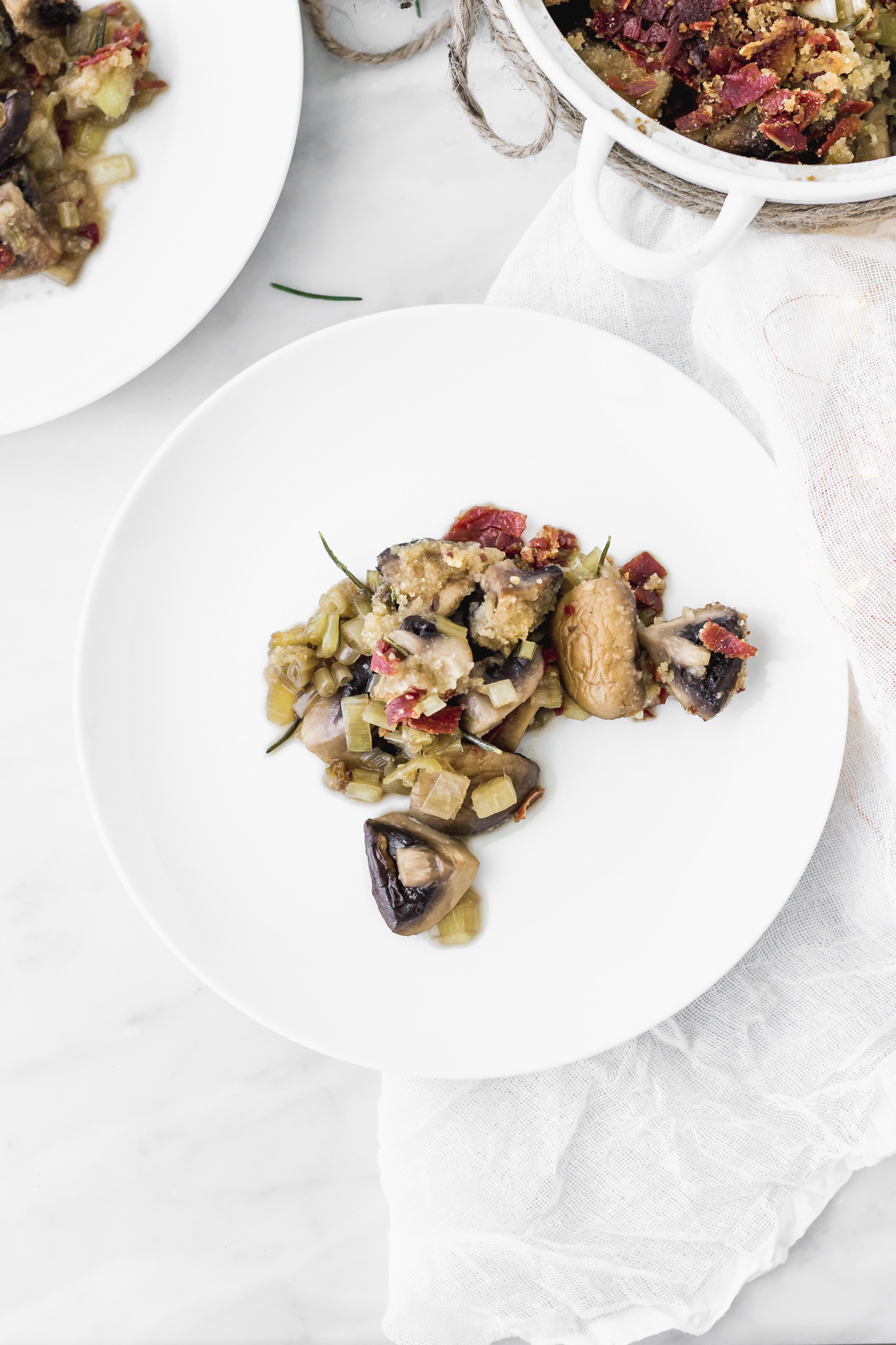 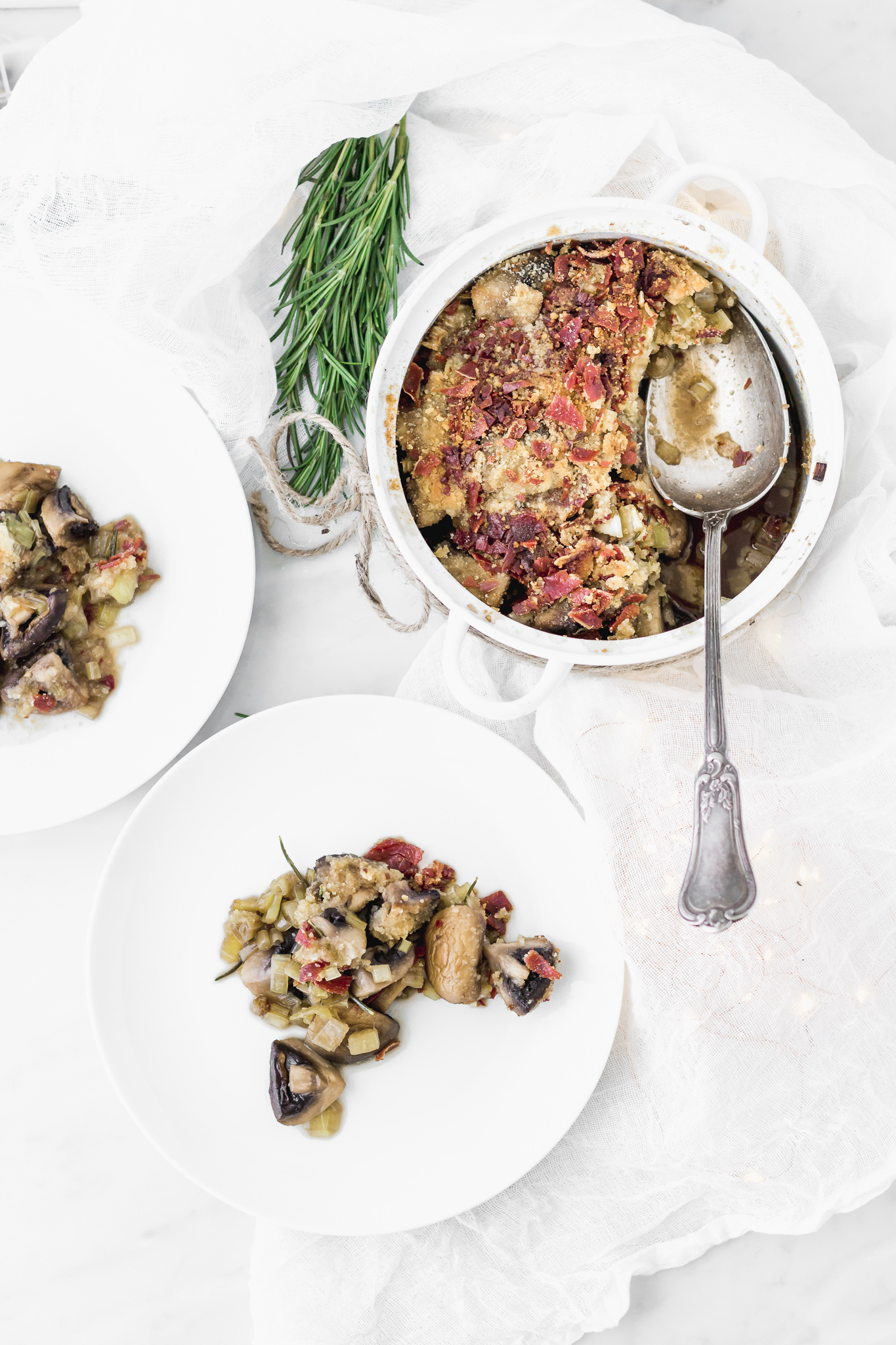