Cheesecakes are one of those desserts that I’m always drawn to. However there are not that many that reach the standard I expect. I love it to be creamy, not too eggy, definitely no gelatinous texture involved. My absolutely favourite cheesecake is vanilla which makes these vanilla bean cheesecake bars my newest obsession.

About these Vanilla Bean Cheesecake Bars

It was really hard to stop myself from eating the whole mould! I swear I was just stuffing those vanilla bean cheesecake bars in my mouth nonstop. Just look at that texture and those tiny vanilla bean dots suspended in the filling. SO. DARN. GOOD. The nice thing about using vanilla bean in recipes is that the taste is so sutil and refined. It’s really nothing like vanilla essence.

Let’s talk vanilla while we’re at it, shall we? Vanilla comes from an orchid which explains why it’s so glorious. Inside the vanilla pod are lots of tiny seeds which is what we use for our vanilla recipes. The pod is also quite flavourful and can be used for infusing milk for vanilla-flavoured preparations. Another way in which we find vanilla is in paste form. Vanilla paste is made of lots of vanilla seeds plus a binding agent. I love using vanilla paste because it’s less messy.

On the other hand there’s vanilla extract which is a pod that’s left for at least a month in an alcoholic solution (vodka works really well). The alcohol takes all that beautiful taste and then you can use if to flavour recipes. You can definitely make this yourself at home. Finally there’s vanilla essence which actually has nothing to do with the vanilla pod. It’s just a bunch of flavourings that come together in a dyed liquid. 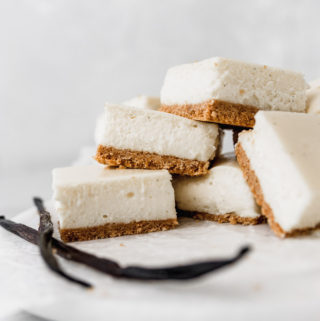